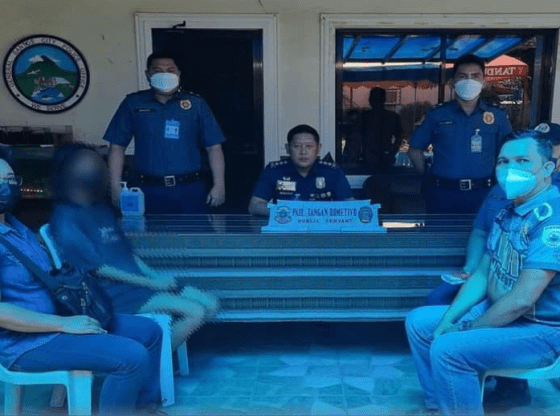 The Toril Police Station in Davao City clarified Monday, August 29, that there is no factual basis for the alleged kidnapping of a 14-year-old girl who was rescued in General Santos City.

Toril PS Chief Police Major (PMaj.) Carol Jabagat shared that during their investigation, it was then discovered that the teenager had just made up her abduction story.

Jabagat added that the girl’s reluctance and fear of telling her parents she has a boyfriend and is pregnant was the reason for making up such a story.

She admitted that she was not kidnapped and that, other than her previously stated reasons, she escaped from their house out of disgust over her parents’ confiscation of her cellphone.

She then went with a man in a pick-up, who she did not even know personally, and headed to GenSan.

However, when she asked to disembark from the car, the man allegedly refused.

PCol. Lupaz then said that once the man is identified, he would be charged with abduction because he refused to let the victim out of the car.

DCPO is now in close coordination with the General Santos City Police Office (GSCPO) to identify the man the victim went with.

On Saturday, August 27, GSCPO Acting City Director PCol. Paul Bometivo released a statement saying that they had rescued a teenage girl after being allegedly abducted in Davao City.

According to PCol. Bometivo, the teenager shared that she was just walking around Toril when a car allegedly pulled over in front of her, and the abductor allegedly forcibly grabbed her into the car before driving off to GenSan.

When the car stopped at Santiago Boulevard in GenSan, she took advantage of the opportunity to escape and then immediately called for help.

She was taken to GenSan Police Station 6’s Women and Children’s Protection Desk, where she was identified and later admitted to making up the kidnapping story.

After that, GenSan PS 6 worked with Toril PS to ensure the victim’s safe transfer. Toril PS then coordinated with social workers to facilitate the return of the victim to her family.

She returned home safe to her family at Barangay Binugao in Toril District, Davao City.