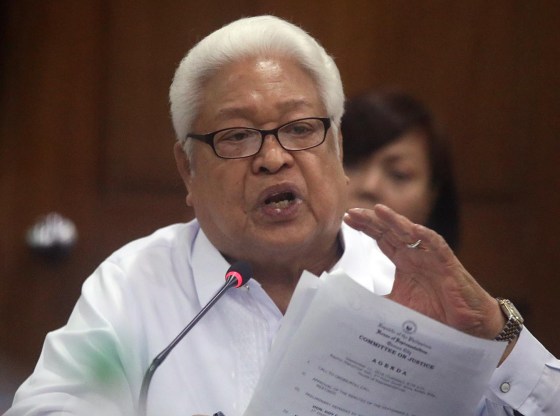 Legazpi City —Veteran lawmaker Edcel Lagman (1st District) of Albay pushed the legalization of the divorce in the country in a bid to liberate the tormented wives from dysfunctional marriages or abusive marital relations.

Lagman, the principal author of previous bills legislating absolute divorce filed the bill anew for the nth time, legalizing divorce in the country through House Bill No. 78 in the 19th Congress.

The lawmaker is hopeful that “beleaguered and tormented wives can soon be liberated from irretrievably dysfunctional marriages or inordinately abusive marital relations” should the bill is enacted into law.

A similar bill was passed on third reading by the House of Representatives in the 17thCongress, but was not acted upon by the Senate due to time constraints.

An identical divorce bill was approved by the Committee on Population and Family Relations in the 18th Congress but was marooned in the Committee on Appropriations due to the Covid-19 pandemic.

Lagman said that the bill reinstituting absolute divorce  is an apt sequel to the Reproductive Health Act, which he also authored, since in both measures the central figure is the woman.

The bill reinstates absolute divorce because it was previously practiced by pre-Spanish Filipinos, and also during the American era and Japanese occupation.

Paraphrasing the decision on Te v. Te (GR No. 161793, Feb. 13, 2009), Lagman said that no less than the Supreme Court has ruled that the severance of a marriage bond is a decent interment of a long dead marriage.

Lagman also underscored that “notwithstanding the adoption of the 1987 Constitution of the precepts that marriage is a social institution, the foundation of the family and is inviolable, the Commissioners of the 1986 Constitutional Commission were unanimous that the Congress is not prohibited or precluded from instituting absolute divorce and dissolution of marriage under the current Charter”.

The Philippines is the only country, aside from the Vatican, which remains to outlaw absolute divorce even as the Catholic hierarchy grants canonical dissolution of marriage.

He said that all other Catholic countries recognize absolute divorce in varying degrees of liberality.