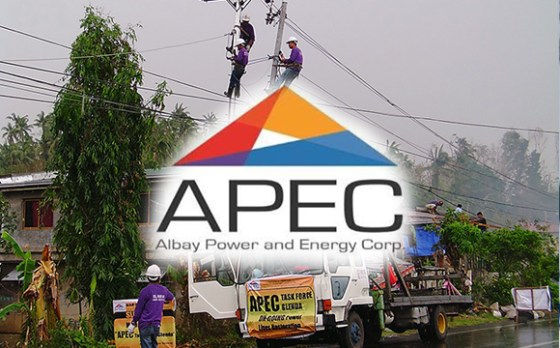 The 205,000 power consumers in Albay will be charged of 𝐏 𝟏𝟖.𝟑𝟗𝟗𝟗 per kWh this month from 𝐏𝟏𝟓.𝟕𝟐𝟑𝟑 per kWh in June.

The overall rate for typical residential consumers inched up by 𝐏𝟐.𝟔𝟕𝟔𝟔 per kWh to 𝐏𝟏𝟖.𝟑𝟗𝟗𝟗 per kWh from 𝐏𝟏𝟓.𝟕𝟐𝟑𝟑 per kWh in June.

The APEC management also said in a statement that a rsidential consumers consuming 200 kWh can expect their total bill to increase by around 𝐏𝟓𝟑𝟓.𝟑𝟐 for the month of July.

The higher charges from Independent Power Producers (IPP’s) and Electricity Spot Market prompted an increase in generation charge of 𝐏𝟐.𝟎𝟕𝟏𝟏. For the month of July, the average price of WESM went up by almost 𝐏𝟒.𝟕𝟎𝟐𝟗 while SMEC charged APEC .𝟎𝟗𝟖𝟖𝟑 𝐜𝐞𝐧𝐭𝐚𝐯𝐨𝐬.

Meanwhile coal prices also went up by an average of 19% which attributed to higher IPP charges, the management said.

Aside from the generation charge, the transmission charge slightly hiked by .𝟎𝟏𝟎𝟏 𝐜𝐞𝐧𝐭𝐚𝐯𝐨𝐬 per kWhr.