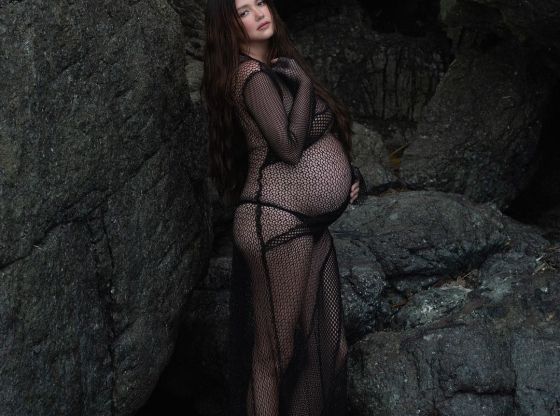 Angelica Panganiban went viral on social media recently after sharing photos from a maternity shoot in which she revealed her baby bump on a yacht.

She had a seaside-themed maternity shoot in Subic, where she now lives with her boyfriend Gregg Homan before she welcomes her baby girl.

The 35-year-old Kapamilya actress is a gorgeous expectant mother as she strikes poses in various locations, including the bow of the yacht, while dressed in multiple stunning outfits.

“Sails up! Happiness is on the way,” she wrote.

“Happiness made out of love. Thank you for making my dream maternity shoot into a reality. Ang “severe” nito,” she captioned another post, giving credit to her team as well.

According to Cosmopolitan Philippines, in the first couple of pictures, Panganiban looked like a glistening deity with her sun-kissed cheeks, flaunting her growing belly in sheer, waist-length dresses. Liz Uy styled her in body chains that clung to her baby bump perfectly.

The actress showed off her baby bump in four different swimsuits, each in a different style and color.

According to PEP News, photographer Paolo Pineda captured the maternity shoot at Mangrove Resort in Subic.

Her mermaid’s hair was styled by celebrity hairstylist Antonio Papa, and her make-up was done by Mikka Marcaida.

Another Kapamilya actress, Denise Laurel, wrote, “The most beautiful I have ever seen (you).”