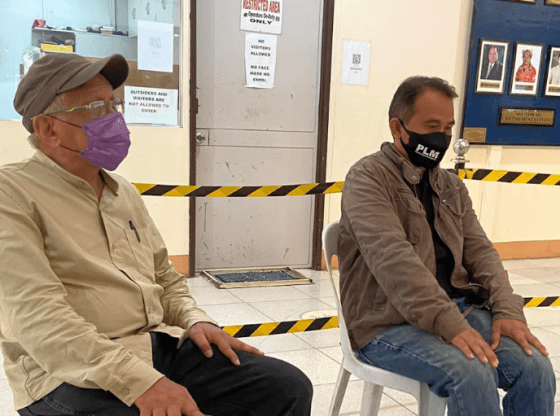 The camp of former Vice Presidential candidate and Laban ng Masa chairperson Walden Bello is set to formally request the Supreme Court to transfer the proceedings of the cyberlibel charges filed by former Davao City Information Officer Jefry Tupas from the Office of the City Prosecutor (OCP) in Davao City to a “neutral court.”

Atty. Luke Espiritu, legal counsel for Bello, said they have already exhausted all remedies for the dismissal of the case, which they see as a tool for politically persecuting his client.

“We all know that Davao is politically controlled by the Duterte clan. That is why we are asking the Supreme Court to transfer the venue to a more neutral court, perhaps in NCR [National Capital Region],” Espiritu stated.

Espiritu also does not consider Davao City as a “neutral venue” since the 19th Davao City Council declared his client as “persona non grata” on March 22, 2022.

He also revealed that they had filed a petition for review before the office of Justice Secretary Jesus Crispin “Boying” Remulla on July 29. 2022.

Their request for a 60-day suspension of the court proceedings was granted, he added. Remulla needs to make a decision about the complaint review during this time.

The two counts of cyberlibel filed by Tupas in March this year were due to the allegations made by Bello that she is a drug user and a drug dealer since she was allegedly the subject of the anti-drug raid at a beach party in Davao de Oro on November 2021, and that she is being coddled by then Davao City Mayor now Vice President Sara Duterte.

Bello was indicted by the Davao OCP June this year, and was arrested in Quezon City on Monday afternoon the previous week, August 8.

In an ambush interview with members of the media during his arrest, Bello asserted he is innocent and that the case is “pure political persecution.” He added that VP Duterte had a hand in the filing of the charges.

VP Duterte, however, denied his allegations, and urged him to stop “deflecting blame, playing the victim of an imaginary case of political persecution,and dragging me into his legal woes.”

“Mr. Bello should focus on salvaging what remains of his dignity and self-respect. I am asking him to stop obsessing over me — and stop blaming me for his fall from grace,” Duterte said in her statement released August 9, 2022.