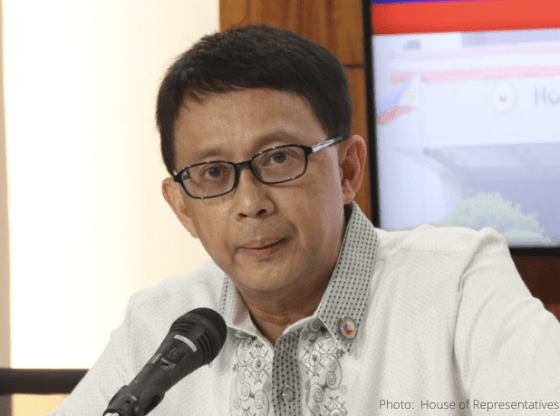 He stressed the need to correct the current disparity in child support responsibilities of separated couples, proposing to make withholding or cessation of child support a punishable offense.

“Through this proposed law, absentee or deadbeat parents–who are, unfortunately, mostly men, based on statistics–can no longer act as if bringing a child into this world can easily be tossed aside when a parent or both parents decide to give up on their relationship,” its author, Rep. Daza said.

House Bill No. 44, or Child Support Enforcement Act, was introduced on June 30, if becomes law, irresponsible parents will be forced to pay child support and punished for failing to do so.

“If the parents are not responsible, the law will mandate that they give child support. That’s already in the law, but it’s not being enforced. So this bill will put more teeth in the law, and would even allow government agencies, once it’s established that you need to give child support that you’re not giving, the government can withhold issuance ng passports, driver’s license,” he explained.

Specifically, child support shall not be lower than PHP6,000 per month, which is equivalent to PHP200 per day.

The law also penalizes neglectful parents by preventing them from obtaining new passports, driver’s licenses, and other documents, according to Daza.

A first offender may be granted probation, but for subsequent offenses, the penalty is imprisonment for not less than two years and not more than four years, as well as a fine of not less than PHP100,000 or not more than PHP300,000, at the discretion of the court.

If parents do not have a steady source of income, the government will assist them in finding work so that they can meet their obligations.

Daza also made clear that child support is mandatory under the bill, not optional — even if the custodial parent or person who chose to stay with the child does not want to receive money from the former partner.

The solon also stated that the bill would support the Solo Parent Act and improve the provisions for child support in the Civil Code. (Photo: House of Representatives website.)