COMELEC: No final schedule yet for special elections in Lanao del Sur 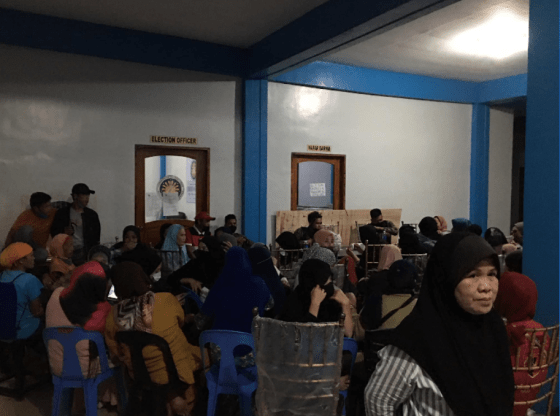 By Jim Lloyd Dongiapon
––
The Commission on Elections (COMELEC) clarified that it is yet to finalize the schedule of the special elections in 14 barangays in Tubaran, Binidayan, and Butig, Lanao del Sur.

COMELEC Commissioner George Garcia said Friday, May 13, that security must be ensured first before conducting the special polls in areas where failure of elections were declared due to threats of violence and terrorism.

Garcia also shared the hot pursuit operations are ongoing against those who stole the ballots and those who wreaked havoc last Monday.

The special elections, as per the recommendation of COMELEC Deputy Director Executive for Operations Teopisto Elnas Jr., were originally scheduled on May 12 (Wednesday) for the 12 barangays in Tubaran, and on May 15 (Sunday), for each affected barangay in Binidayan and Butig.

A total of 8,295 registered voters were affected in the aforementioned areas due to the declaration of failure of elections.

COMELEC Spokesperson John Rex Laudiangco stated that they will provide 1,374 newly printed ballots to replace the stolen or damaged ones.

According to reports, the Armed Forces of the Philippines (AFP) failed to recover a total of 798 stolen ballots that were intended for four clustered precincts in Barangay Radayan, Butig.

Some vote counting machines (VCMs) and 576 ballots allocated for the three clustered precincts in Barangay Pindolonan, Binidayan were destroyed due to election-related violence.

On the other hand, VCMs and ballots for the affected barangays in Tubaran remain intact despite threats of violence and intimidation.

Laudiangco added that security forces and COMELEC personnel are already on standby for the mobilization of election paraphernalia.