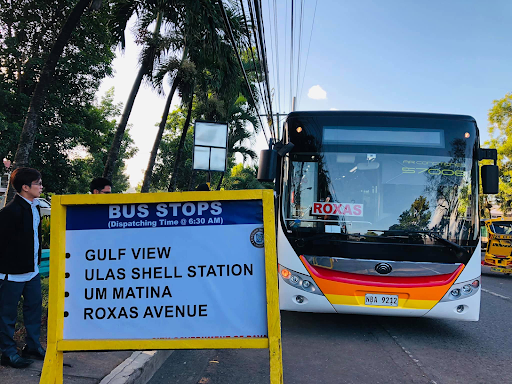 With the start of face-to-face classes in some schools in recent days, it has been observed that Davaoenos have been having trouble commuting, especially during the morning and evening peak hours due to high passenger volume and a lack of public utility jeepneys (PUJs) on the road.

To address this daily plight of the commuting public, the Davao City Transport and Traffic Management Office (CTTMO) confirmed on Tuesday afternoon, August 16, that they will be bringing back the Peak Hours Augmented Bus System (PHABS), first implemented in 2019.

PHABS was initially put into place to provide public transportation for the city’s underserved areas, especially in the north and south of the city. These were operational from 6:30 AM to 9:00 AM and 5:00 PM to 9:00 PM, which corresponded to the designated peak hours.

The minimum fare of PHABS is slightly higher than that of the PUJs but has better features such as fully air-conditioned units, CCTV cameras, comfortable seats, and higher passenger capacity.

Aside from PHABS, the Interim Bus System (IBS) was also implemented in 2021 due to the limited passenger capacity of PUJs at that time. It also served the same routes and had similar fares as the PHABS.

By 2023 at the earliest, PHABS and IBS will be converted to the High Priority Bus System (HPBS), which will be the main public transport system in Davao City.

Mayor Sebastian “Baste” Duterte vowed during his inauguration speech on June 27, 2022, that he would fast-track the implementation of HPBS to address problems of daily commute and traffic congestion in the city.

Once operational, HPBS will have 29 routes divided into four tiers, which are:

MetroDavao (will form the core services that connect all major commercial centers along the five routes);

DavaoFeeder (will run along nine routes linking smaller centers and areas of more dispersed populations to the MetroDavao services); and,

DavaoLocal (will provide a link between the outer rural areas of the city and the main transport system or the integrated terminals).