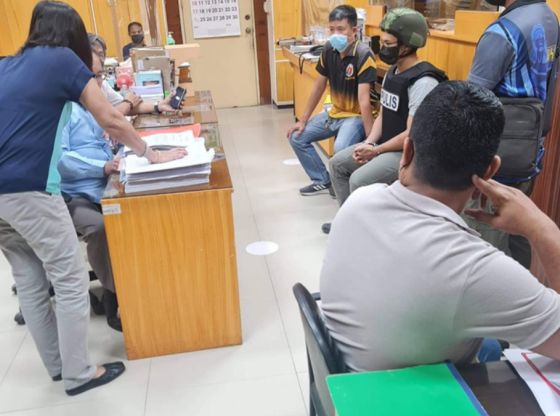 The court has ordered the furnishing of the copy of the PHDO to the Department of Foreign Affairs (DFA) and the Bureau of Immigration (BI) in Manila and Davao, and directed them to stop and hold the accused from leaving the country and to include his name in their Hold Departure List.

Today, July 27, the Mangacop legal team confirmed receipt of a copy of the order. It could be recalled that on July 22, they had formally requested the court to grant the PHDO against Pepino because they feared the accused would evade legal proceedings by traveling outside the country.

On his 32nd birthday last July 21, Pepino was granted temporary liberty after posting a ₱180,000 bail for both homicide and violating Republic Act 10591 for carrying a firearm outside of his residence without a permit.

Meanwhile, the Mangacop family’s legal team, led by Atty. Gibb Andrew Cabahug, filed a motion for reconsideration following the downgrading of the charges from murder to homicide.

They have also requested a clarificatory hearing with the Office of the City Prosecutor (OCP) regarding the matter.

In relation, RTC Branch 17 granted their motion filed last July 22, to suspend the hearing of the case for 60 days pending the resolution of the motion for reconsideration. The arraignment has been rescheduled to September 22, 2022.

The Mangacop family, in a statement, hopes that the OCP “will review the case with fairness and equality.” They also asked for prayers and support from everyone for what they described as a “David-vs.-Goliath fight for justice.”

“The Family would like to believe that there is still justice in the Philippines and that justice be done though the heavens fall,” the statement said.