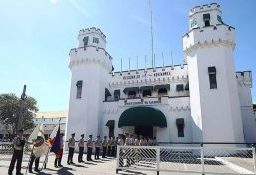 Eight other high-profile inmates from the New Bilibid Prison were deceased due to COVID-19. They were also with 66 other tenants from Building 14, which was the most extremely secured facility in Bilibid’s Maximum Security Compound, that accommodates VIP inmates, that most likely are convicted drug dealers.

Of the eight dead inmates, six are Chinese Nationals while the two others are Filipino drug lords. Three of the eight were part of the “Bilibid 19” that were previously relocated to the National Bureau of Investigation after Justice Secretary Leila De Lima revealed that several prisoners have been in luxurious lifestyles while detained.

One of two Filipino drug lords died May 23,2020 while the other died early this June.

According to the sources, three of the Chinese inmates were cremated in Dasmarinas, Cavite while one was cremated at North Cemetery. “Health records of PDLs are given only to the relatives,” BuCor Spokesperson Col. Gabriel Chaclag previously stated.

As of July 1, no new COVID-19 infection has been reported from all jails and penal farms, according to BuCor. They will be supervising seven penal institutions including Bilibid and the Correctional Institution for Women (CIW).