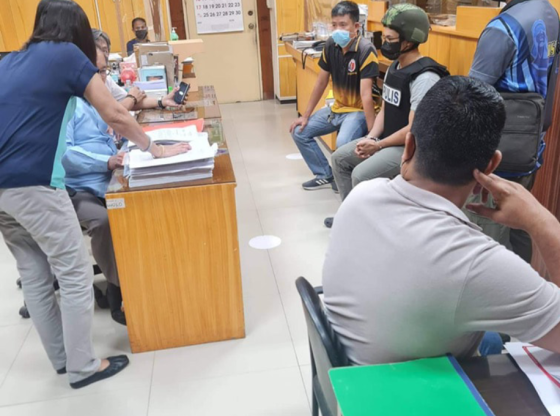 Dr. Marvin Rey Andrew Pepino, the suspect behind the shooting of Amierkhan Mangacop, has posted bail for homicide charges at Regional Trial Court (RTC) Branch 16, City Hall of Justice, early this morning, July 21, in time for his 32nd birthday, the Mangacop family confirmed.

This comes a day after the Office of the City Prosecutor (OCP) release a resolution which downgraded the charge from murder, which the National Bureau of Investigation (NBI) XI recommended, to homicide.

The OCP saw “no probable cause” of indicting the acccused for murder based on the evidence submitted to them, particularly the CCTV footage that captured the incident.

Pepino also faces a separate charge for violating Section 31 of the Republic Act (RA) 10591 of the Comprehensive Firearms and Ammunition Regulation Act, which prohibits the carrying of a licensed firearm outside residence without permit.

The Mangacop family is now discussing their next actions with their legal team after Pepino “has officially got away with murder.”

The family requested a hold departure order (HDO) against Pepino yesterday, July 20, for they felt that the suspect could escape legal proceedings by going outside the country since he has the financial capacity to do so.

They are also at a loss on how they will commemorate what would have been Amier’s 20th birthday this coming Saturday, July 23.

It has been 19 days since Amier was shot dead by Pepino, who is a doctor at Camp Sgt. Quintin M. Merecido Hospital at Police Regional Office (PRO)-Davao, after a heated commotion at Lugar Cafe and Bar.