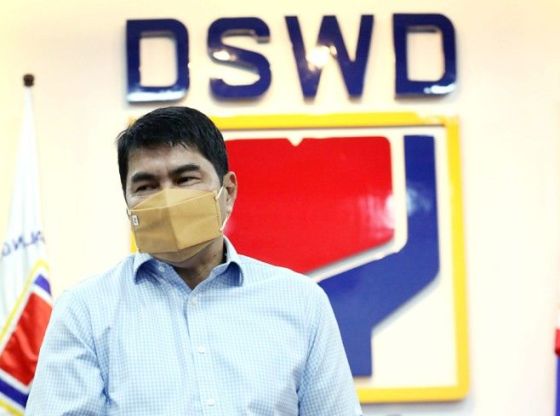 Department of Social Welfare and Development Secretary Erwin Tulfo has asked the responses of its regional office on various situations happening in Central Visayas.

DSWD-7 OIC Regional Director Shalaine Marie Lucero has reported to Tulfo in an online meeting about the status and the department’s responses to situations that have occurred recently in some areas in Region 7 such as the flooding, typhoid fever cases in Barili, Cebu, and the level 1 alert of the Canlaon Volcano in Negros Oriental.

Tulfo has instructed DSWD-7 to identify areas that might need logistical support since there are local government units that do not have transport vehicles and warehouses to store the relief goods.

Lucero in a press statement said that DSWD-7 will be prepositioning about 6,000 family food packs in Canlaon City as the Canlaon Volcano is on Alert Level 1.

Apart from that, DSWD-7 also explored five LGUs in the province of Bohol that have been severely affected by Typhoon Odette and were difficult to reach.

The department also identified LGUs in Cebu that are geographically isolated and disadvantaged areas (GIDAs). This is to enter into a Memorandum of Agreement with these LGUs for the prepositioning of family food packs.

Meanwhile, in the response actions and interventions to the typhoid fever cases, DSWD-7, through the Assistance to Individuals in Crisis Situation, , has released a total of P1,580,000.00 in financial assistance to 313 patients in Cebu. Each received P5,000 cash aid, while the families of the three recorded deaths received P10,000 each.

From the report, the Secretary suggested to look into the needs of the families whose member died for the additional assistance.

DSWD-7 is continuously coordinating with the provincial and local government units and the City-Municipal Action Teams in the affected areas to closely monitor their areas and provide updates for any other needed augmentation support.