Duterte just want to talk, no plans on banning Facebook in the country

Home /Uncategorized/Duterte just want to talk, no plans on banning Facebook in the country 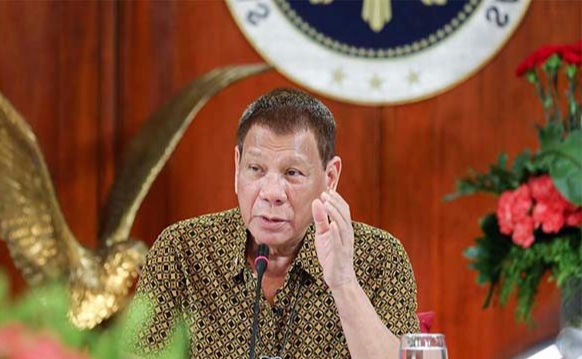 During his weekly public address on Monday, President Rodrigo Duterte called out the social media giant Facebook for shutting down fake accounts and pages that “helps the government” in advocating the interest of such. The president asked Facebook if they could talk regarding the said issue.

“Facebook, listen to me. We allow you to operate here, hoping that you could help us also. Now, if government cannot espouse or advocate something that is for the good of the people, then what is your purpose here in my country?” the President said.

“If you cannot help me protect government interest, then let us talk. We may or we may not find the solution. If we cannot, then I’m sorry,” he added

Facebook last week said that it shutdown around 100 accounts and pages that engaged in “coordinated inauthentic behavior”, which violated its community standards. Shutdown accounts and pages are said to link to promoting the President and his daughter’s political move in 2022, some are linked to red-tagging people and groups and some are linked to issues of the West- Philippine Sea.

But on Tuesday during his press briefing Spokesperson Harry Roque clarified that the commander-in-chief has no plans on banning the social media giant here in the country, what the president wants is to talk why Facebook has come with a decision.

The spokesperson also mentioned the repercussion it could bring if such accusations will be true.

Further, the spokesperson criticized Facebook for shutting down pages only favors the government and not included those in the opposition.

Looking back, Facebook is one of the reasons and has paved the way for the president to win the 2016 election. It is known that this is his biggest machinery during his campaign.