Echanis was confirmed killed in Novaliches by QCPD

Home /Uncategorized/Echanis was confirmed killed in Novaliches by QCPD 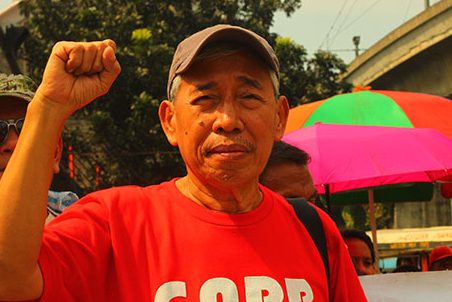 On Monday, August 10,the Quezon City Police District (QCPD) has confirmed that the body recovered from the crime scene where the victim was stabbed to death inside an apartment in Novaliches is to be Randall “Ka Randy” Echanis, peace consultant of National Democratic Front of the Philippines.

The initial reports previously showed that the body was identified as Manuel Santiago based on the identification card found at the crime scene but it turned out to be Randall Echanis based on fingerprint matching.

They ordered that Echanis’ spouse needs to provide a statement before the body can be turned over. Major Elmer Monsalve, head of QCPD Criminal Investigation and Detection Unit (CIDU) apologized to the family of Echanis stating that they needed to do their job in securing the body and assured the family that they were only doing it for their protection.