Eric Yap Throw Insults To A Blogger Criticizing Him

Home /Uncategorized/Eric Yap Throw Insults To A Blogger Criticizing Him 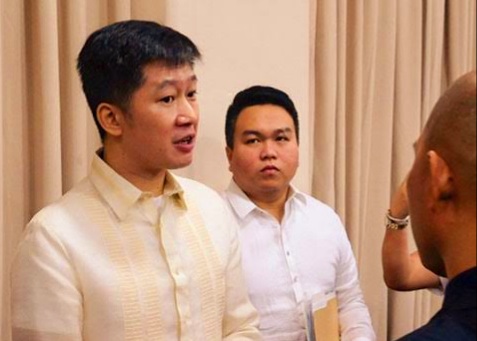 Monday(Sept 14) the budget hearing of the Office of the President started in a tirade by a neophyte lawmaker from ACT-CIS Rep. Eric Yap.

Yap, the chair of the House Committee on Appropriation expressed his opinion towards a blogger who called him out over the naming of a laboratory in Benguet after him.

He was referring to a facebook post by a blogger named Jover Laurio, who handles the Pinoy Ako Blog or PAB. Laurio called out Yap over a photo of him wherein he was pictured holding a tarpaulin stating the new name of the laboratory in the hospital, the building was named after the congressman.

Yap is one of the authors of House Bill 7031 along with two other congressmen, the other was the son of the President, Rep. Paolo Duterte. HB 7031 seeks to rename NAIA to “Paliparang Pandaigdig ng Pilipinas”

The congressman also responded to another post of Laurio if the money used in building the laboratory came from his pocket. In which he confirmed, he defended himself by saying that he was not aware that the officials of Benguet General Hospital did that – but was pictured with a tarpaulin with his name on it.

Yap said that he asked the management to remove his name from the building. It was at this moment when the congressman threw insults to the vlogger.

Laurio undaunted and responded to the insults of the Congressman through her blog.

Laurio then cited the Revised Guidelines on Naming and Renaming of Streets, Public Schools, Plazas, Building, Bridges and other Public Structures.

Despite the insults Laurio was still thankful because Rep. Eric Yap did the “right thing” when he was called out by the blogger.