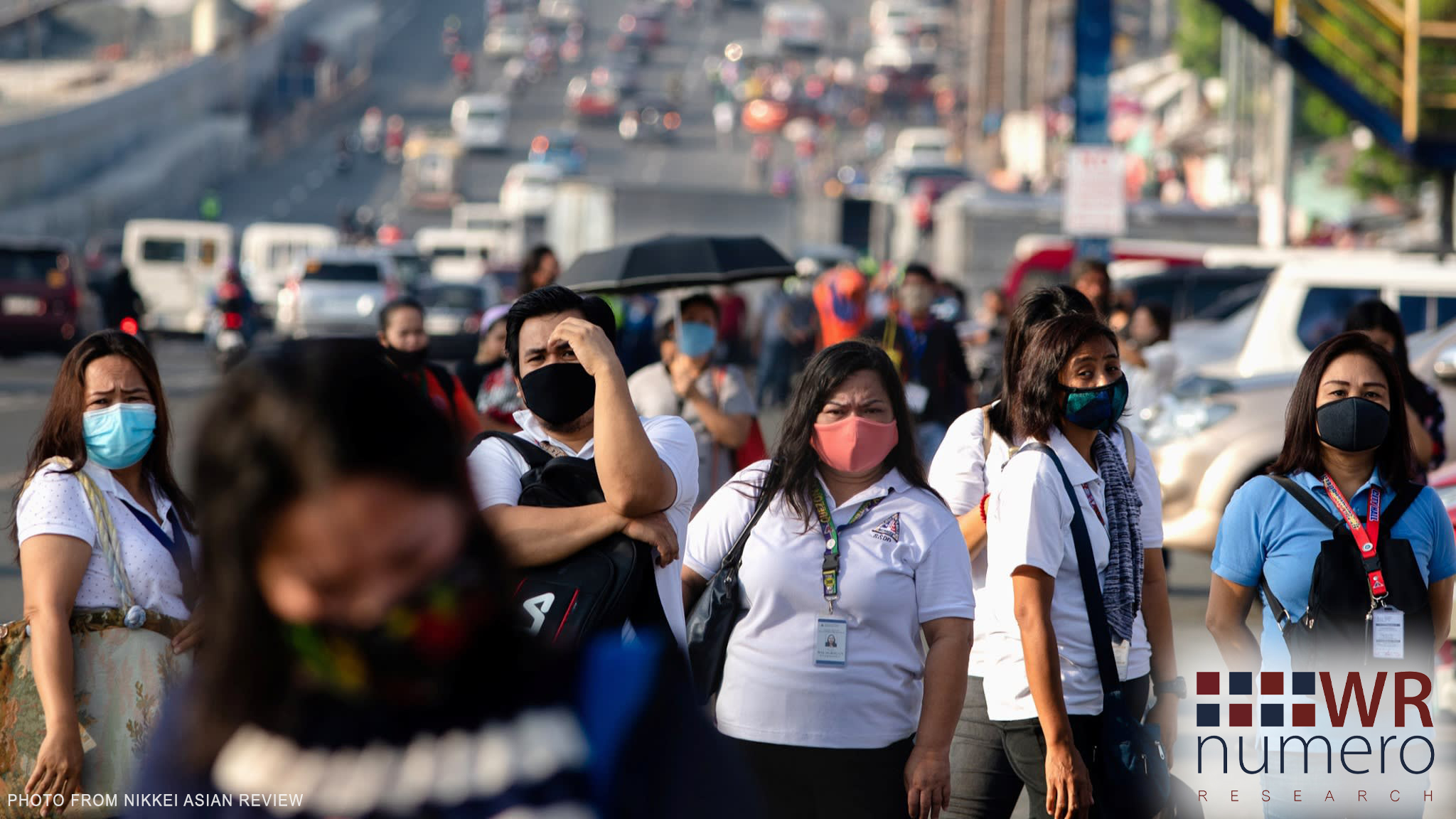 The WR Numero Research study titled Public Transportation Amid a Pandemic: Digital Perceptions and Sentiments found that the majority of Filipinos were dissatisfied with the government’s efforts to solve transportation concerns amid the national health situation.

Based on the research, about 54 percent of Filipinos were unhappy, very unhappy, and are unsure of the breadth and depth of the government’s initiatives to help provide safe, secure, and adequate transportation means for Filipinos during the crisis.

The balance of 46 percent were either very happy or happy with the government’s response to transport issues during the pandemic.

“As Filipinos adjust to the demands of the national health situation, they are also demanding for the government to do more to solve transport issues during the pandemic. They are expecting the government to adopt better policies and that these should be implemented properly,” said WR Numero Research Chief Executive Officer Prof. Robin Michael U. Garcia, Ph.D.

The study delved deeper on the digital perceptions and sentiments on the following transport issues: Reopening of More Routes for Public Utility Vehicles (PUV); Increase in Passenger Capacity in the Train Systems; Financial Aid the Jeepney Drivers; Completion of the Skyway Stage 3; and Corruption in the Department of Public Works and Highways (DPWH).

The data were culled and processed from real engagements in social media accounts of news outlets of national significance.

Demand for more options, but concerned about health implications

Filipinos demanded for more solutions in terms of public transport, according to the study. Thirty-eight percent were asking the government to add more routes in Metro Manila, the center of economic activity in the country, and where the majority of the workers are currently situated.

Likewise, 26 percent of Filipinos were calling for the return of provincial buses, while another 25 percent criticized the Department of Transportation (DOTr) and the administration for the apparent lack of routes and public transport supply.

Aside from this, the study found that the government’s initiative to increase the seating capacity of train lines in Metro Manila was generally met with negative reactions, as 34 percent think that the directive will result in more Covid-19 cases, and another 19 percent criticized the government for this decision.

Meanwhile, the study also found Filipinos to sympathize with jeepney drivers, many of whom were displaced due to the strict health guidelines set to reduce the risk of spreading Covid-19.

Twenty percent criticized the government for insufficient assistance given to drivers, who are seen to be begging on the streets as their source of livelihood was suddenly stopped by the pandemic, making another 20 percent sympathetic to the drivers.

But this did not sit well for a good 31 percent, who criticized the drivers and asked them to seek other sources of income. Another 20 percent accused government officials of pocketing funds that were allotted for aid.

Demand Duterte to be more accountable

The study also found that Duterte’s moral support is slowly diminishing due to the alleged corruption in the DPWH.

Duterte announced in a recorded speech that infrastructure projects in the public works department only get the go-signal through under-the-table deals. The Commission on Audit has also flagged P101.69 billion worth of delayed and unimplemented projects.

This was met with negative reactions from Filipinos, which attributed the corruption claims to Duterte. Forty three percent criticized Duterte himself for this news, and another 29 percent said they believe corruption is still rampant in the DPWH and other agencies. Meanwhile, 21 percent demanded death penalty for corrupt officials.

Demand for the Duterte to do more

Lastly, the study found that Filipinos were generally happy with the completion of the Skyway Stage 3, which will provide a link for the North Luzon Expressway and the South Luzon Expressway, cutting travel time between the northern and southern parts of Luzon significantly.

However, 28 percent thanked former President Benigno Aquino III  and San Miguel Corp. for starting and finishing the expressway. Another 10 percent criticized the Duterte administration for the apparent credit-grabbing.

“Our study found that Filipinos are demanding for better policies and actions on the part of the government to make life in the new normal much better. We believe that through this research, the government may form sound strategies on how to provide Filipinos with adequate, safe, and efficient modes of transportation during the pandemic,” Garcia said.

WR Numero is a technology-driven polling and data analytics company that provides accurate, independent and actionable data and insights into political and social sentiments, attitudes and public opinion.