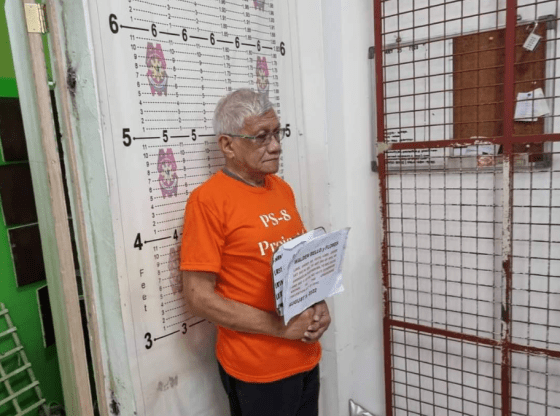 Leomar Doctolero, a member of Bello’s staff, said they were already anticipating the arrest after the indictment of the Office of the City Prosecutor in Davao City.

He added that Bello will be transported from QCPD Station 8 to Camp Karingal for the booking procedures. Bello’s legal counsel will also help with the posting of bail.

In an ambush interview with members of the media, Bello asserted he is innocent and that the case is “pure political persecution.”

It could be recalled that Bello accused Tupas of being a “drug dealer” at an online press conference due to the latter being the subject of an anti-drug raid at a beach party in Davao de Oro in November 2021. Further, he claimed that Tupas was being coddled by then-Mayor and incumbent Vice President “Inday” Sara Duterte.

He also said that Davao City reeks of corruption and is the center of the illegal drug trade in Mindanao.

These allegations prompted Tupas to file two counts of cyberlibel against the former VP candidate. Aside from that, she is also seeking ₱10 million in damages.

Meanwhile, she is yet to comment on Bello’s arrest in Quezon City this afternoon.

On the other hand, progressive teachers from the Congress of Teachers/Educators for Nationalism and Democracy from the University of the Philippines (CONTEND UP), condemn the arrest of Bello.

According to CONTEND UP’s statement, they see it as “another attempt to silence criticism and dissent against the state.” The group also noted that aside from running as vice president, Bello was also a staunch critic of former President Rodrigo Duterte’s “authoritarianism.”