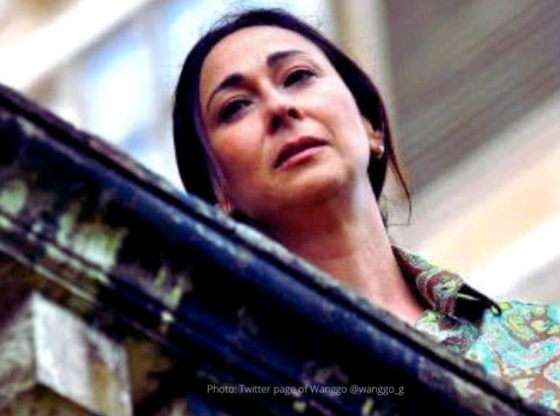 Sid Lucero (Timothy Eigenmann), Gil’s nephew, later confirmed this via two Instagram posts. In one, he wrote, alongside a photo of his aunt, “I love you;) big hug #bugluv.” Others expressed their condolences.

Gil, a veteran actress, one of Philippine cinema’s most notable antagonists and referred to as “La Primera Contravida” in the country for her iconic villain roles in films and television series, died at the age of 59 of reproductive system cancer.

She was born into the famous Eigenmann family of actors and gained her biggest breaks in the 1980 Ishmael Bernal classic “Manila By Night” and the 1982 Peque Gallaga masterpiece “Oro, Plata, Mata.”

Gil was also a well-known stage actress, having played iconic characters such as Diana Vreeland and Maria Callas in critically acclaimed stage productions.

One of her very last TV acting roles was in GMA 7, Legal Wives, a teleserye about a Muslim and his three legal wives, in which she portrayed Zaina or Ina a Zaina, the mother of the lead character, Ismael Macadato, played by actor Dennis Trillo.

Sharon Cuneta, Gil’s close friend, and co-star in the iconic film “Bituing Walang Ningning,” where Gil played Lavinia Arguelles, posted an Instagram photo of herself sobbing beside a hospital bed. She was holding Gil’s hand in the photo, but the rest of it was cropped.

The Megastar admitted that she flew to New York “with a heavy heart” to spend her final moments with Gil. Amidst her sadness, Cuneta expressed Gratitude for relieving Cherie’s pain.

“A most important part of my life and my history. Of my heart. I love you so very much,” she said. “What will I do without you now, Love? My true screen partner, a true friend, ninang of Simone…I miss you so terribly [and] know it will only get worse,” few of the words she wrote.

Cuneta also uploaded a reel clip of their on- and off-screen interactions. She set the video to Ben&Ben’s song “Leaves” and captioned it with only broken heart emojis.

In a fairly long Instagram post, Zsa Zsa Padilla paid homage to her close friend and “Ika-13 Kapitulo” co-star. The Divine Diva shared a screenshot of their sweet messages and reflected on their moment together.

“I’ll never forget how beautiful and vibrant you were when you celebrated your golden birthday! You danced the tango and I remember thinking — this woman can do anything she puts her heart into! You were always so passionate and full of life! That’s how I will always remember you, Cherie, my Gemini sister,” Padilla posted.

Edu Manzano, an actor, and former Makati vice mayor posted to Facebook to express his condolences to his friend. “We love and miss you, my friend. Rest, kaibigan,” Manzano wrote.

Likewise, Cavite Rep. Lani Mercado-Revilla expressed grief over Gil’s death and paid tribute to the remarkable actress. “Ms. Cherie Gil, her name is synonymous with excellent acting. She was heartbreakingly beautiful but it was the way she created and breathed life into memorable characters which drew us all in, watching her every move. We are heartbroken,” she also posted.

Screenwriter Wanggo also tweeted his message: “In the crafting of Regina Cadena for Sonata, I was not afraid to make her as complex as I could because I knew Tita Cherie could handle anything. As a producer, she read the script and asked for more. I am fortunate to have been able to write for a legend.”

Actor Jon Lucas also posted a public photo of himself with Gil on his personal Facebook account. He has worked with the late actress on an anniversary episode of the anthology show “Tadhana” in 2020.

Likewise, Gabbi Garcia retweeted a scene from their 2015 episode “Magpakailanman” on Twitter. She captioned her post with, “Ms. Cherie Gil, one of the best actors I’ve ever worked with. I will forever treasure this. Truly an honor.”

Gil stated in a 2019 interview that her contribution to the Philippine film industry was herself, her heart, soul, and mind in every film she made.

The veteran actress left for the United States earlier this year to be with her family. She addressed this on the cover of Mega Magazine’s 30th-anniversary issue on February 4, 2022.

“I just had to make sure that first and foremost, my mental, emotional, and spiritual states were getting the priority,” the late actress disclosed to Mega Magazine. She shaved her head to symbolize her “rebirth” as she prepares to fly to New York to begin her new life.

If one is wondering if the villain is afraid of her new role in life, she stated that the answer is yes. She admitted to being tired of herself and being so angry and unhappy that she sold everything and moved.

Rest in power, Cherie Gil! May you find comfort in grace and love. Rest easy in eternal sleep. Rest easy on the eternal wings.(Photo: Twitter page of Wanggo @wanggo_g)