James, Lisa sighted in Hawaii, including at Bretman Rock’s party 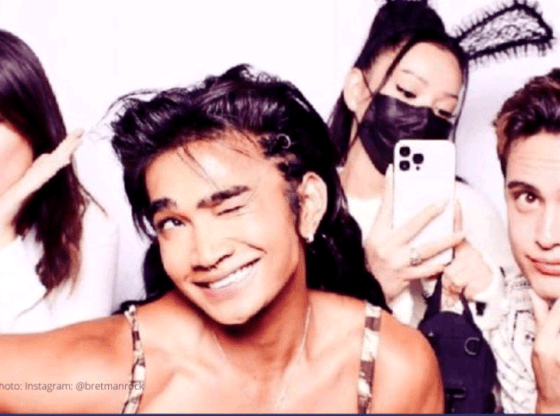 Celebrities James Reid and Lisa Soberano have been making the rounds on social media since they arrived in Hawaii on July 31.

Reid and Soberano seem to have been in Hawaii for a few days now, having been tweeted and identified by a netizen as arriving on the island last Saturday, July 31.

Just recently, the stars were among the guests of Filipino-American reality TV star Bretman Rock in his 24th birthday party celebration on Sunday in the beauty influencer’s home in Hawaii.

On Tuesday (Manila time), Rock shared photos from his birthday party, including photo booth shots of his guests, via Instagram Stories.

The celebrant was seen in one photo with fellow Filipino celebrities Soberano, Reid, and Bella Poarch, a fellow Fil-Am content creator in the United States.

According to the Philippine Daily Inquirer, the four were also seen together in a photo booth shot shared by Rock on his Instagram Stories on Tuesday.

Soberano previously bonded with Rock and Poarch on the occasion of Philippine Independence Day in June.

Even before Rock’s party, Careless Music CEO Jeffrey Oh shared in his Instagram Stories yesterday images of the celebrity duo taking photos at the counter and eating at an Ala Moana Center branch of a Filipino fast-food chain in Honolulu, Hawaii.

Meanwhile, Jhan Balugo, the fast-food employee who took the pair’s order, raved on her Facebook page yesterday about meeting the actors in person. She also displayed screenshots of Oh’s Instagram Stories and a photo of the restaurant staff with Soberano and Reid.

After signing with Reid’s record label Careless Music, Soberano and Reid were spending more time together, following their previous trips to South Korea and the United States. (Photo: Instagram: @bretmanrock)