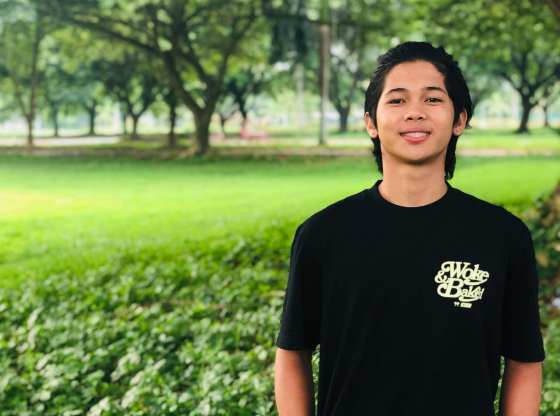 #Justice4Amier – this is the hashtag accompanying the statement of the family of Amierkhan Pulalon Mangacop, who was shot seven times by a PNP non-uniformed personnel at Lugar Cafe and Bar in Davao City last Saturday, July 2.

His family created a Facebook page called “Justice for Amier Mangacop” on Sunday, July 3. as they seek justice for the death of Amier, a 19-year old Grade 9 student, contrary to earlier reports that he was 21.

According to their statement posted on the evening of Monday, July 4, Amier, together with his cousins, were sleeping at her aunt’s house, when his other cousin who was at Lugar Cafe and Bar, situated at the corners of Tavera and V. Mapa called and asked them to fetch him since he was afraid to go home alone. Amier woke up his cousins and went to the bar, unaware of what was going to transpire in that place.

When they arrived at the bar, there was already an ongoing commotion involving other people. It was when the chaos worsened that Amier met his untimely death.

They also debunked the earlier reports that Amier and his cousins were drunk or high on drugs during the time of the commotion, saying that they were at home, sleeping. This was in contrast to Dr. Marvin Pepino, a 31-year-old PNP Non-Uniformed Personnel and a son of a police general, who brought a gun with him while drinking in a public place.

“A lot have (sic) been said of what transpired at Lugar but none can argue that Dr. Pepino—an intoxicated PNP non-uniformed personnel, drew his gun and shot Amier SEVEN TIMES. Dr. Pepino went to a bar to drink and brought his gun with him. So even if Amier was not there that night; someone might have still been killed—it could be someone else’s cousin, son, or worst (sic) seven people might have been shot by the seven bullets fired. We all know that guns and liquor are a deadly combination,” the statement read.

Amier’s family also questioned if PNP personnel are allowed to drink inside bars since there is an order from the Department of Interior and Local Government that cops should conduct themselves professionally, and if gun owners are allowed to bring their guns everywhere like in public drinking places.