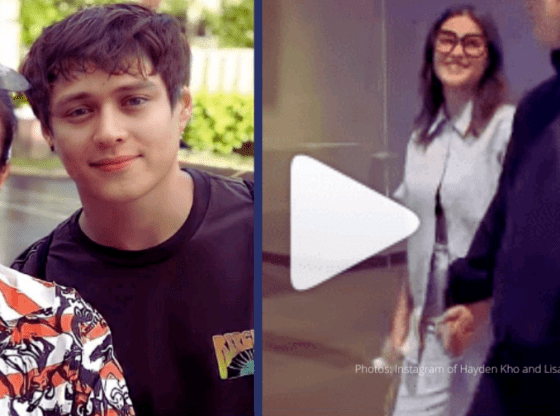 Enrique Gil and Liza Soberano, a celebrity couple, were recently spotted together at Belo Medical Clinic, putting an end to rumors that they had broken up.

Soberano and Gil, known as the LizQuen love team, appeared in the short video clip talking, and the actress was beaming as she spoke to her boyfriend.

The celebrity couple was filmed walking and holding hands while visiting the clinic in an Instagram video posted by cosmetic surgeon Hayden Kho.

“Despite her very busy schedule, @lizasoberano squeezed in a Belo day at our Belo Bonifacio High Street clinic. We maximized her visit by doing our new do-it-all facial, the RENOVA POWERFACIAL,” Kho wrote in his caption.

Fans of the real-life loveteam are delighted and relieved.

“Thanks Dr Hayden! Just love to see my favorite couple/actors together.”

“No one’s breaking up these strong lovers, so lovely together.”

Soberano and Gil made their first public appearance together since rumors circulated online last May that the duo had called it quits when he traveled overseas without his girlfriend. Gil was in Spain with his family during those months, while Soberano was in Los Angeles.

After it was announced that James Reid, a fellow actor, would be her new manager and she signed with Reid’s music label, Careless Music, netizens speculated that the couple had separated up and began to associate Soberano with Reid.

Soberano denied the rumors in June and clarified that she and Gil are still in a relationship. She assured that her boyfriend is very supportive of her endeavors and that they would even video call each other while she was in Los Angeles.

The actress hinted at plans to release music, but she assured fans that she was not abandoning her acting career.

“I haven’t given up on acting. It’s still my main thing but because I’ve been doing it for so many years, I feel like there’s not much for me to do in the [Philippines] that will really help me grow and hone my craft,” she said. “That’s why I’m being very selective about the roles I take on and so far I haven’t found the right one.”