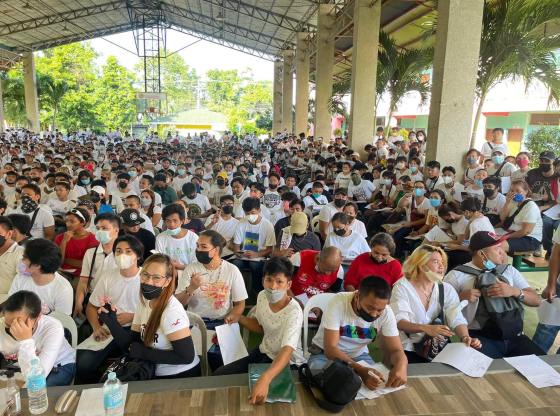 Nearly two years after its implementation in the region, the Land Transportation Office-7 has recorded around 18,000 scholars that benefited from the free Theoretical Driving Course (TDC) offered by the agency.

This tremendous number of scholarships was made possible by the agency amidst the restrictions brought by the pandemic last year and the devastating typhoon which hit Cebu in December of 2021.

LTO-7 regional director Victor Emmanuel Caindec in a statement said rthat as of August 27, 2022, a total of 18,573 scholarships were released by the agency nearly after two years since its rollout in the region last October of 2020.

“We are proud to say that as of year-to-date, we have released a total of 13,127 scholarships to the different parts of Central Visayas. This is in partnership with the different local government units,” Caindec said in a press statement.

The director also revealed that the bulk of these scholarships is from their “Malasakit on Wheels” program through the e-Patrol Mobile Service which brings the free TDC program to the Barangay level.

“Just in Cebu City, we have conducted 25 different training sessions in the different barangays where we started in the mountain villages,” he said.

“When we saw the opportunity to partner with LGUs specifically with the Barangays, we have received overwhelming requests from the different village chiefs because they also want to educate their drivers in terms of road safety and making sure that they have proper licenses and registrations,” added Caindec.

In the province of Bohol, thousands were also able to avail of the free TDC from Tagbilaran City, Panglao, Dauis, Garcia Hernandez, Corella, Lila, Dimiao, Cortes, and Carlos P. Garcia.