Maguindanao under state of calamity due to flooding

Home /Region/Mindanao/Maguindanao under state of calamity due to flooding 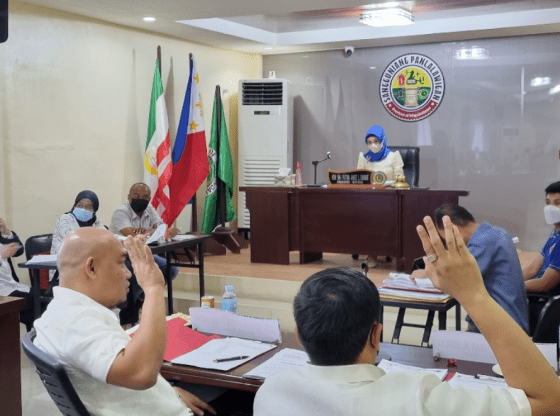 The Sangguniang Panlalawigan of Maguindanao, during their 5th Regular Session today, August 24, approved the request of the Provincial Government to place the entire province under a state of calamity due to the effects of flooding in the past few days.

Prior to this, six municipalities had earlier declared a state of calamity in their localities, namely Datu Montawal, Pagalungan, Kabuntalan, Sultan Kudarat, Datu Piang, and Datu Odin Sinsuat.

Aside from the six municipalities, other municipalities are expected to declare a state of calamity anytime, Vice Governor and Sangguniang Panlalawigan Presiding Officer Bai Ainee Sinsuat said.

Maguindanao Provincial Disaster Risk Reduction and Management Office (PDRRMO) Head Nasrullah Imam reported to the provincial board that as of August 24, 105 barangays, which is equivalent to 46,922 households or 234,610 individuals, were affected by the flooding in the province.

The number is anticipated to rise as they are still awaiting the updated reports from the municipal DRRMOs.

Following the declaration of a state of calamity, the Maguindanao Provincial Government is now processing the distribution of relief packs to affected residents.

Sinsuat also shared that, aside from relief packs, government employees may avail themselves of calamity loans from the Home Development Mutual Fund or Pag-IBIG and the Government Service Insurance System or GSIS.

Meanwhile, the provincial government is now assessing the damage to agricultural crops such as corn and palay due to flooding.