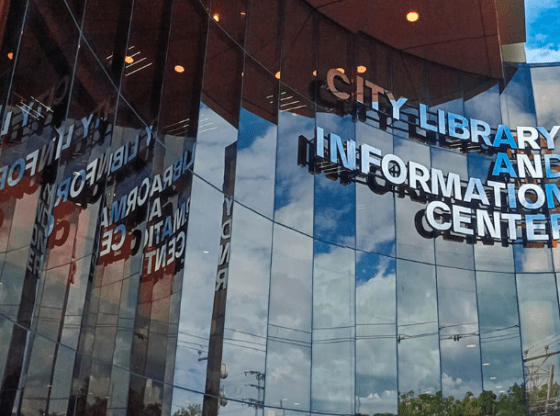 The Davao City Library and Information Center (DCLIC) announced they will be formally opening tomorrow, Friday, July 15, 2022 at 7:00 in the morning.

On their Facebook page, DCLIC said that visitors will need to acquire a Library Card, which costs ₱30 or ₱100 each, depending on whether it is a regular-type or a PVC (polyvinyl chloride) card. The card is valid for one (1) year.

Upon obtaining the card, orientation will be provided to the visitors regarding the inclusions of the card alternatives.

The regular card will allow the visitor to research using only the books, and it does not grant access to the facility’s computer units. On the other hand, the PVC-type card will allow its holder an hour of internet access, and they will be allowed to borrow books and bring them outside the library’s premises.

Further, visitors should have their SafeDavaoQR (DQR) codes ready since it would be needed to get inside the library.

DCLIC is open Mondays to Fridays from 7:00 AM to 7:00 PM. However, they will be conducting a survey on whether it should expand its operational hours to 24/7.

The new city library is a four-storey building located at C. Bangoy Street, also locally known by its old name as Ponciano Reyes Street. Its construction began in 2018.

It has reading areas for both kids and adults, an amphitheater, an information technology center, conference rooms, a coffee shop situated on its first floor, and an open-air organic garden on its rooftop.