Home /Luzon, Nation/New US Ambassador to the Philippines assumes post 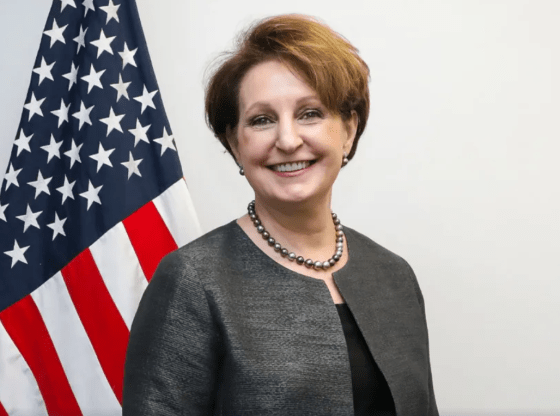 Legazpi City —The new U.S. Ambassador to the Philippines MaryKay Loss Carlson assumed her post immediately a day after setting foot in the country following consultations in Washington, D.C.

“I am thrilled to be in the Philippines and honored to represent the United States in this important relationship. With the Philippines, our oldest treaty ally in Asia, we have a long history of shared sacrifice and incredibly close people-to-people ties,” Ambassador Carlson said. “I look forward to working with the new government and our partners to upgrade and modernize our alliance to face new challenges, expand bilateral trade and investment, and promote democratic freedoms and good governance,” US Ambassador to the Philippines Carlson said in a statement.

Ambassador Carlson succeeded Ambassador Sung Kim, who led the U.S. Mission from 2016 to 2020.

Prior to arriving in Manila, Carlson was the deputy chief of mission and Chargé d’Affaires at the U.S. Embassy in Buenos Aires, Argentina.

She also previously served as deputy chief of mission and Chargé d’Affaires in New Delhi, India, and as principal deputy executive secretary on the staff of the Secretary of State in Washington, D.C

A foreign service officer since 1985, she has also been posted to U.S. Diplomatic Missions in China, Ukraine, Hong Kong, Mozambique, Kenya, and the Dominican Republic.

Heather Variava, who has been serving as Chargé d’Affaires ad interim since September 2021, will remain in Manila as Deputy Chief of Mission

“I thank Heather for her remarkable leadership and for the outstanding work she has done to promote our close partnership with the Philippines,” Carlson said.

“I look forward to working closely with her, and with the team at the U.S. Embassy, to further strengthen our ties with the Philippines as enduring friends, partners, and allies,” the Ambassador said.