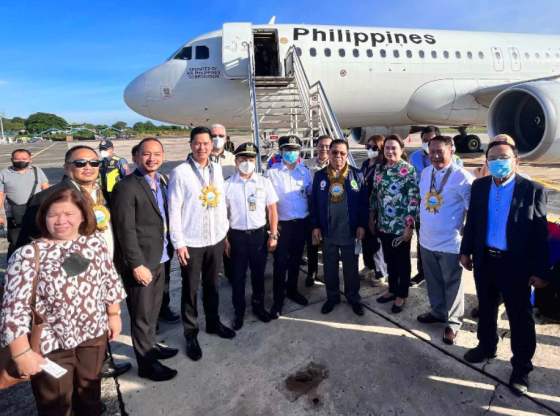 Newly-launched direct flights of Philippine Airlines (PAL) from Cotabato City to Tawi-Tawi and vice versa will operate twice a week, every Monday and Thursday.

Passengers can choose an economy or premium economy seating for their flights.

PAL also advised the public that flight schedules may change due to evolving travel and quarantine restrictions.

Meanwhile, the Bangasamoro Autonomous Region government described the launch of the direct route as a “first of its kind” in the region, and is expected to connect mainland Bangsamoro to its island provinces and boost their economic growth.

He said that the flight “ends the long-time challenge of connectivity of Tawi-Tawi with the BARMM mainland and other parts of the country.”

“This inaugural flight is a simple step to make Mindanao a better place for all us, Muslims, Christians, and Lumads,” he added.

Mindanao Development Authority (MinDA) Secretary Maria Belen Acosta is optimistic that the flights would soon expand from twice a week to daily operations.

“Hopefully, the flight will pick up and be everyday because even before the direct flight, the demand for economic activity is already high,” she said.

The flights were initially set to launch last December 20, 2021, but were postponed due to Super Typhoon Odette, COVID-19 Omicron variant surge, Typhoon Agaton, and the election period.