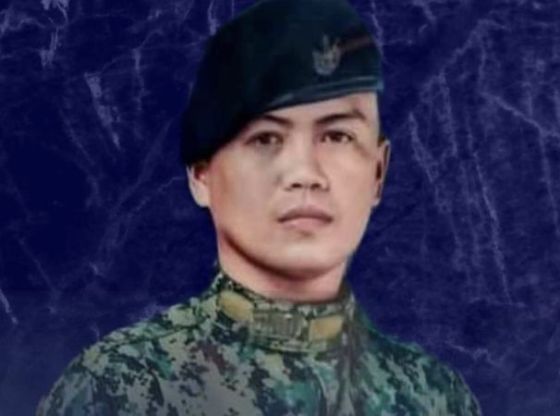 Calubaquib said the 21 police officers facing criminal, administrative and grade misconduct charges implicated the sudden demise of Ramores for violating Republic Act (RA) 11053 which amended RA 8049 or the Anti-Hazing Act of 2018 at the Masbate prosecutor’s office.

Patrolman Ramores, 32-year-old, a member of the Regional Mobile Force Battalion 503rd Maneuver Company based in San Jacinto Masbate died on July 26 in an alleged hazing incident involving his brothers in arms.

“The PRO5 filed before the Masbate Prosecutors Office a criminal charge against the 21 suspects for violating RA 11053 which amended RA 8049 or the Anti-Hazing Act of 2018 prohibiting hazing and regulating other forms of initiation rites of fraternities, sororities, and other organizations,” Calubaquib said.

The law explicitly states that “no physical violence be employed by anybody during such initiation rites,” which were violated by suspects. If proven guilty for the commission of the crime, the 21 cops implicated for Ramores death are reclusion perpetua with corresponding fines.

Aside from criminal cases, the 21 policemen are also facing administrative and grave misconduct charges which will be handled by the Regional Internal Affairs Service (RIAS) 5.

He also sustained severe bruises, burns on his chest, wounds on his knees and feet and other injuries on his body that caused his death on July 26.

Due to this, Ramores’ family immediately appealed for justice calling the PNP top officials in Bicol to investigate and hold the police personnel accountable over the sudden demise of Patrolman Jaypee.

The Ramores family also requested an autopsy of Patrolman Jaypee to uncover the cause of his death. Prior to the incident, on uly 22, 2022, after performing a noon time road run around San Jacinto town, the victim collapsed and was brought to Ticao District Hospital but was released at about 5:00 PM of the same date.

Police Col. Roderico A. Roy Jr., chief of the regional mobile command was relieved from his post owing to the command responsibility. Roy was replaced by Police Lt. Col. Jefferson B. Araojo as officer-in-charge.

The 20 cops from the Philippine National Police’s 503rd Maneuver Company of the Regional Mobile Force Battalion (RMFB) in Masbate province were relieved from his post owing to the death of Ramores. Reyes also created a taskforce to probe Ramores death.

Few days ago, the Bicol top cop visited the family of Ramores where he assured to leave no stone unturned so justice will be given to Jaypee. The Bicol top cop also vowed to continue to provide assistance to the family.

Reyes issued a stern warning to all personnel to never inflict bodily abuse and maltreatment to its new members as a way of welcoming them in the organization.

“We do not tolerate any misdeed in our ranks, we are here as comrades of the biggest brotherhood in the country. Never allow your hands to touch your brothers in service, be a mentorand lead by example. If you want to teach camaraderie to a person, never deny him of his future,” Reyes said.

“PRO5 also upholds that investigation on the incident will not stop from the filing of cases by the SITG but it shall like wise put great emphasis on ensuring the accessibility of information while the trial is ongoing,” the official said.

The police official also urged other personnel who have experienced the same to speak out.

“The PRO 5aims not only to serve justice to the victims but also to end these derogatory and offensive initiation rites,” Reyes said.

As this developed, the Commission on Human Rights in Bicol is conducting a probe over the death of Patrolman Jaypee Ramores. The rookie cop allegedly succumbed to death due to hazing is a breadwinner in the family.