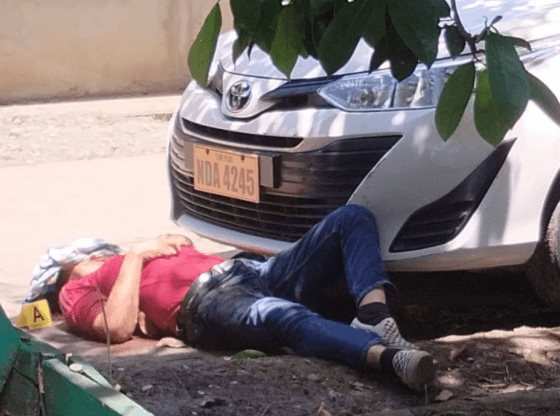 According to testimonies from witnesses, the victim was outside his house, standing beside his taxi when the assailant approached him and shot him twice in the head, then escaped on a motorcycle with his tandem.

The Scene of the Crime Operatives (SOCO) bared that Gempesaw’s gunshot wounds were at his right eyebrow and at the back portion of his head.

PMaj. Mantala said they are now conducting an in-depth investigation to identify the suspects and the motives behind the crime.

Mantala also asked those who have phone, CCTV, and dash cam footages that recorded the events prior, during, and after the crime, to turn over their recordings to the police as those would help hasten their investigation.

He also assured them that they will uphold utmost confidentiality and protect their privacy.

Meanwhile, Gempesaw’s children are demanding justice for the death of their father, which they believe has something to do with his profession as a broadcaster.

It was also learned that Gempesaw was a member of a local party and a former high ranking employee of the local government unit of CDO, previously serving as the head of its Economic Enterprises Department during the term of former Mayor Vicente Emano.

During Gempesaw’s tenure, he was in charge of all public markets in the city.