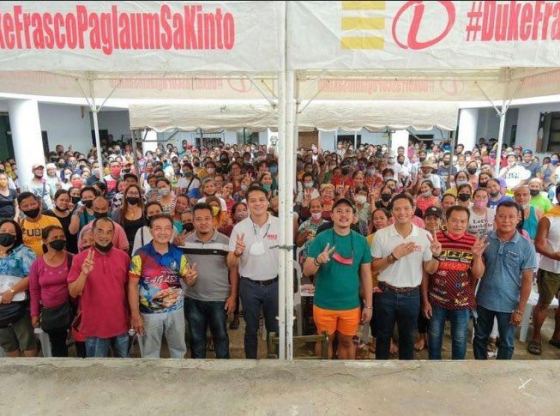 The beneficiaries were the market vendors whose stalls were destroyed by the fire that hit the Danao City Public Market last month.

At least P52.2 million worth of property was lost in the fire that gobbled up half of the market on June 2, 2022.

Fire investigator said that at least a hundred stalls were totally burned comprising 80 percent of the total number of stalls in the market.