SC launches community pantry for court employees on its 121 anniversary 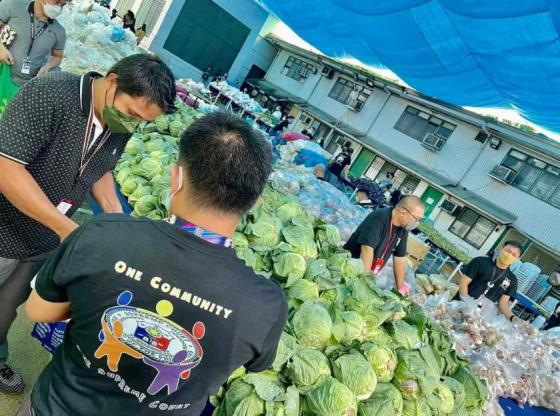 Legazpi City—As the Supreme Court of the Philippines celebrate it’s 121st anniversary, a community pantry for court employees is done dubbed as “one community”.

The SC community pantry for court personnel is inspired by Chief Justice Alexander G. Gesmundo and the Associate Justices last year (during the hardest and prolonged lockdown) kicks off today following the 121st anniversary.

Lawyer Maria Carina M. Cunanan,  deputy clerk of court and chief administrative officer said that various vegetables produce were sourced out from the farmers in Baguio City and Nueva Ecija.

The SC community pantries initiative in Manila also trickled down in the countryside specifically in the far-flung villages of Albay where the indigenous people in Cagraray Island, Bacacay Albay benefited the country pantry through the initiative of one of the members of the Supreme Court who refused to be identified.  (Raydes Barcia)