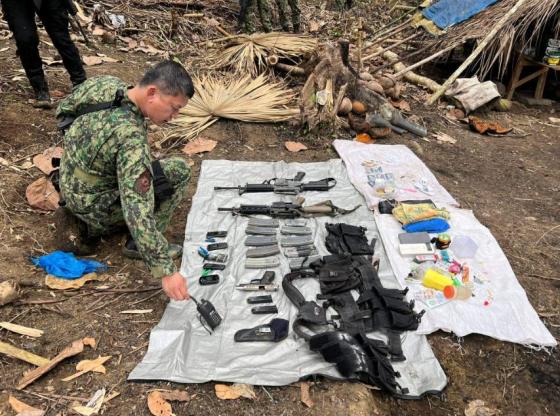 Legazpi City—The government forces scored anew against the New People’s Army after three suspected members of the communist guerillas were killed in an encounter in a remote village of Sorsogon on Wednesday.

While two others were arrested by the government, troops identified as Janine Chavez and Leopoldo Laririt alias Ani.

Maria Luisa “Malu” Calubaquid said that the encounter took place at around 6:25 AM in Sitio Pinaglabanan, Barangay Gatbo, Sorsogon City.

Calubaquid said that several complaints from the community against the New People’s Army were reported following massive extortion activities operating in the hinterlands of the municipalities of Prieto Diaz and Bacon District, Sorsogon City.

Due to this, the government forces conducted a thorough investigation and so as it intensified its intelligence that paved away for combat operations resulted in the death of three communist insurgents and arrest of two other comrades.

She said that the successful combat operation by the government troops was lauded by the barangay officials and the community of said municipality who are complaining of the rebels’ extortion activities.

“They were so grateful for the immediate actions launched by the government forces that will make their community peaceful and free from any illegal activities,” Calubaquid said. (Raydes B. Barcia)