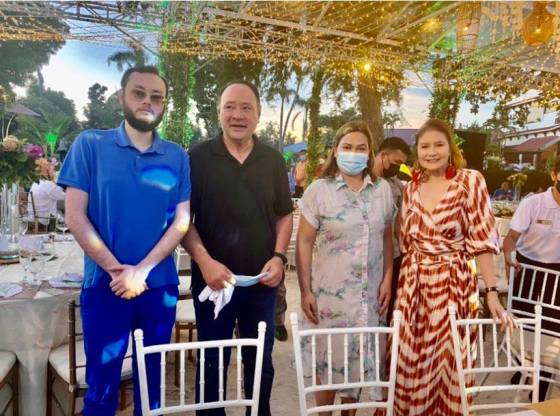 In her speech, the vice president-elect who recently took her oath of office wish Teodoro and his family good health and happiness and hopes that the latter will be part again of the government and even in outside of the government.

Nikki, wife of the former Defense secretary is also thankful for everyone joining his husband birthday and thanksgiving celebration.

Teodoro, who finished on the 15th slot in the Senate race during the recently concluded May 9, 2022 local and national elections also thanked his 12,574,745 supporters for believing in him and hope he will run again as senator in the 2025 election.

Supporters from Visayas and Mindanao joined him in his twin celebration and urged him to fight again as the country need a good leader like him.