<strong>“White van” confirmed to be roaming around Davao City, not to kidnap but to rescue youths—DCPO</strong>

Home /Region/Mindanao/“White van” confirmed to be roaming around Davao City, not to kidnap but to rescue youths—DCPO 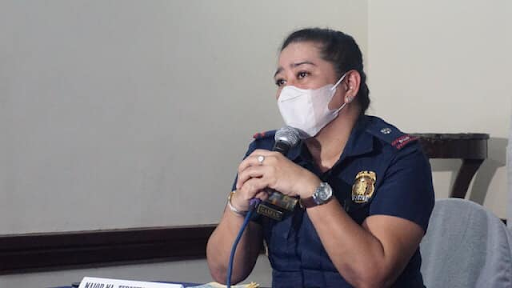 During the AFP-PNP Press Corps Southern Mindanao media briefing today, September 2, Davao City Police Office (DCPO) spokesperson Police Major (PMaj.) Maria Teresita Gaspan confirmed that a “white van” is roaming around Davao City not to abduct but to rescue children who are on the streets, especially late at night.

The white van with the “Davao: Life is Here” logo is owned by the City Government of Davao and operated by the City Social Welfare and Development Office (CSWDO) and the DCPO’s Women’s and Children’s Protection Desk (WCPD), the agencies in charge of the rescue efforts.

Gaspan added that this effort is part of their intensified implementation of curfew hours for minors and the city’s anti-mendicancy campaign to protect the youth from harm.

Rescued minors are either brought to the Quick Response Team for Children’s Concerns facility or returned to their parents or legal guardians.

Gultiano went on to say that the city’s white van has failed to rescue any children in recent days because they run away whenever they see it. It is believed that this was brought about by the spread of fake news about kidnapping incidents involving a white van.

On the other hand, the official cautioned everyone not to post on Facebook right away if they have a family member who has been missing for two hours because doing so would alarm and panic the public. This advice was made in reference to reports of missing people in the city.

She urged everyone to go to the local police station right away so that their concerns could be addressed right away and to avoid false reports of kidnappings in which it turned out that the victims met with friends or simply left their home after receiving a reprimand from their parents.