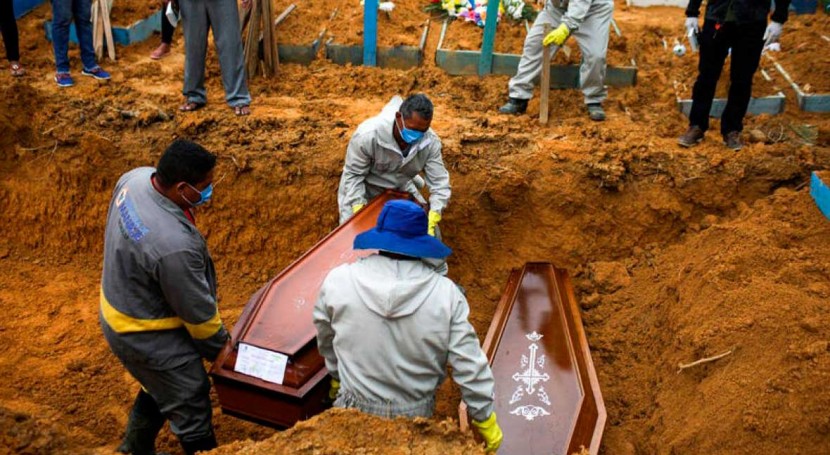 Tons of young people are dying of COVID-19 in Brazil than other countries, a trend driven partly by demographics , the overall population is younger, but also by poverty and the need to work.

South American giant Brazil with 210 million people is the latest flashpoint in the coronavirus pandemic, rapidly rising to third this week on the list of countries with the most infections recorded.

With more than 310,000 cases, it lags behind only the United States and Russia.

A closer look at the data raises questions about the widely held idea that COVID19 is mainly dangerous for the elderly.

Of Brazil’s victims, 69 percent were aged 60 or older, compared with 95 percent in Spain and Italy, according to official statistics.

The disparity is partly driven by the age of the overall populace: Just 13.6 percent of Brazil’s population is 60 or older, compared to 25 percent in Spain and 28 percent in Italy.

But demographics do not tell the whole story.

“Since Brazil has a younger population, it’s normal for the number of cases to be higher among under-60s. But it’s also because young adults are observing stay-at-home measures less,” said Mauro Sanchez, an epidemiologist at the University of Brasilia.

“Young (Brazilians) aren’t responding to the virus differ – ently. It’s because they’re more exposed,” he told in an interview.

“What’s perverse is that a lot of the people who are ex – posing themselves to the virus are doing it because they don’t have a choice.”