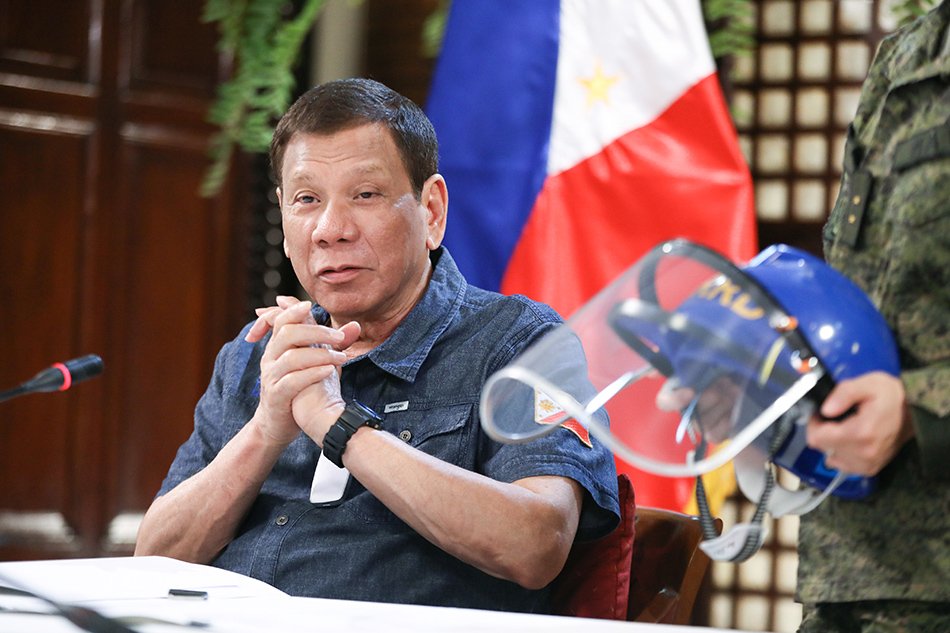 President  Rodrigo Duterte added some twist to the graduation rites of the Philippine Military Academy’s (PMA) Masidlawin Class of 2020 by giving the class valedictorian a house and lot worth 2 million.

In his speech delivered from Malacañang via Zoom, Duterte also gifted the same to the class valedictorian of the Philippine National Police Academy’s (PNPA) Mandayug Class of 2020.

“Let me add a flavor to the guys that are—the… maybe you’d do more for the country. This is just a challenge. The following certificates from the Office of the President were awarded to the recipients in the program earlier this afternoon,” he said.

“The certificate of ownership of house and lot for the class valedictorian, a house and lot, P2 million from the Vista Land company of Manny Villar,” he continued.

The President likewise lauded the two valedictorians at the simultaneous graduation rites but told them to not let their boyfriends inside their new houses if they were drunk or cheating on them.

“These are the beneficiaries of the house and lot. So puro babae. ‘Yung boyfriend na katabi mo, senyasan mo na hindi sila pwede pumasok ng bahay na lasing, nagloloko, nagbabae, this will be — sabihin mo — akin ito at huwag kag palaboy-laboy diyan (They’re both girls. Tell your boyfriend that they cannot enter the house if they’re drunk, cheating, womanizing, because it’s yours and they can’t stick around there),” he said.

Sugui will be commissioned as a junior officer of the Armed Forces of the Philippines while Palermo will join the Bureau of Fire and Protection.

Meanwhile, the class “goat,” or the cadet who graduated last in class, received a gun certificate for a Rock Island Armory .45-caliber pistol with three magazines.

This was the first time President Duterte did not attend both graduation rites due to the quarantine measures prompted by COVID-19 breakout.