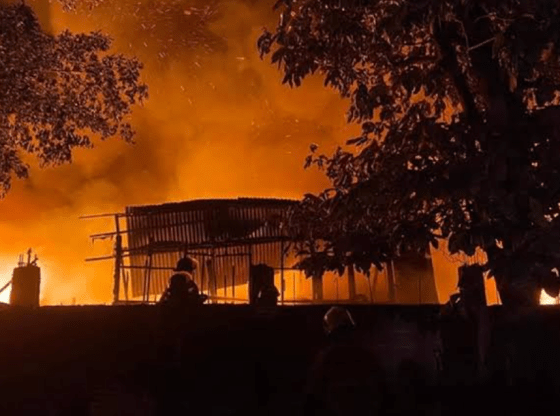 An estimated 800 families were displaced in a fire that hit in Sitio Tuburan, Arca and Trinidad, barangay Princesa, Cebu City. The fire that lasted for several hours was placed under control at 9:29 p.m., July 11, 2022.

According to the Cebu City Fire Office, they arrived at the fire scene at 5:57 p.m. and the fire was put under fourth alarm at 6:53 p.m.

Estimated damaged is pegged at P16.5 million which involved a residential area in an 11,000 square meter area.

Firetrucks coming from other local government units, Mandaue City and Compostela town arrived at the fire scene to help put off the fire that already destroyed thousands of homes and other structures.

The cause of the fire is still being investigated.-(April Therese Tan)