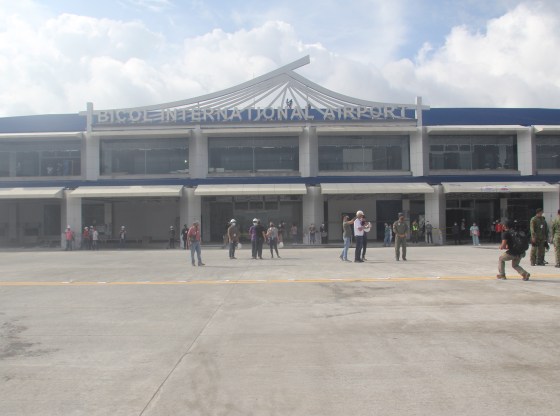 Rosal said Rodrigo R. Duterte will lead the opening of the P4.7 billion Bicol International Airport on October 6, 2021 after more than two decades of construction.

(We are happy to inform you that the BIA will be operating next month. President Rodrigo Duterte will be arriving on October 6 to grace the opening but the maiden commercial flight will commence on October 7. We’re happy and grateful to PResident Duterte as he fulfilled his promise to finish off the construction of the airport as his flagship project in Bicol.)

Rosal said that the opening of an international airport in Bicol will not only push robust progress in the countryside including the neighboring region in the Visayan areas.

Rep. Joey Salceda (2nd District) of Albay said that the opening of the BIA will help the region’s economy bounce back from the adverse impact of the pandemic that resulted in unemployment and closure of business establishments.

“The capacity of the Bicol International Airport is 2.2 million passengers per year is 83 percent higher than pre-pandemic tourist arrivals which is 1.2 million in the province, and more than four times the foreign tourist arrivals in Albay,” Salceda an economist said.

Salceda is pushing for the public and private partnership operation of Bicol International Airport to be competitive and provide bigger income for the government’s coffer.

Once operational, Salceda said that it is expected to serve a total of two million passengers annually and boost air traffic in the region.  Salceda said that country’s economy is badly affected by the global pandemic but domestic tourism according to him is still the driver of economy and Albay province is in an advantageous position as it will be the hub in Southern Luzon due to its strategic location

The construction of Bicol International Airport was pushed during the incumbency of former Legazpi City Mayor Imelda Roces and pursued by then former RDC chairman Albay governor Al Francis Bichara in 1995 until 2004.

After Bichara’s term in 2004, it was continued by then governor Fernando Gonzalez until 2006. When former governor Joey Sarrte Salceda assumed his post as the province’s top official, he zealously worked for the construction of the international but political differences slowed down the flagship project of the region’s officials.

The international airport started construction in 2008 under then President now Pampanga Rep. Gloria Macapagal-Arroyo but was put on hold following the snail-pace release of budget and political differences.

Former president Benigno Aquino picked up the project but was unable to complete it under his term. Subsequently after Duterte assumed his presidency, the President personally visited the unfinished BIA in 2016 and directed DOTr Secretary Arthur Tugade to expedite the construction of the international airport.

Jim Melo, DoTr assistant secretary for aviation and airports told The Manila Times that the ongoing construction of the BIA is 91 percent as of September 1, overall progress” since it began in December 2016.

“Yes, we are right on schedule. As of September 1, overall construction is already 91 percent complete,” Melo said. The international airport in Barangay Alobo, Daraga town will begin its domestic daytime operation on October 7 while the old Legazpi City Domestic Airport will be closed to commercial flight operation.

Cynthia Tumanut, CAAP Area center 5 manager said that the airport’s night operations is scheduled on November 9, but she explained that it might adjusted earlier because the facilities are already “in place”.(Rhaydz B. Barcia)