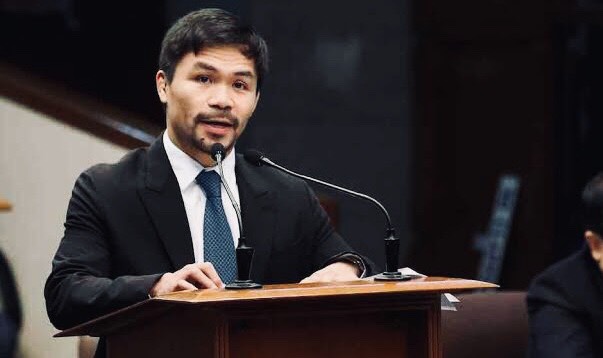 The devout Christian senator stood to his ground that death penalty should be brought back during a Senate session.

He even cited some bible verse to support his statement that even in the ‘government bible’ it was allowed to use such capital punishment.

Since 2016, the Senator has been vocal about the issue and even suggested hanging or by firing as way of execution to those who will commit crimes such as drug trafficking, kidnap for ransom, rape with murder, and robbery with murder and other kind of heinous crime.

On his 5th SONA, President Duterte reiterated to bring back death penalty, as a part  of his “war on drugs”, suggesting that high profile drug convicts must be punished through this. Thus, supported by four senators in the 18th Congress which includes Sen. Pacquiao.

Reopening of other businesses under GCQ, pushed
Palace denies UP prediction over covid cases