2 OUT OF 10 SUPPORT DUQUE, SURVEY SHOWS 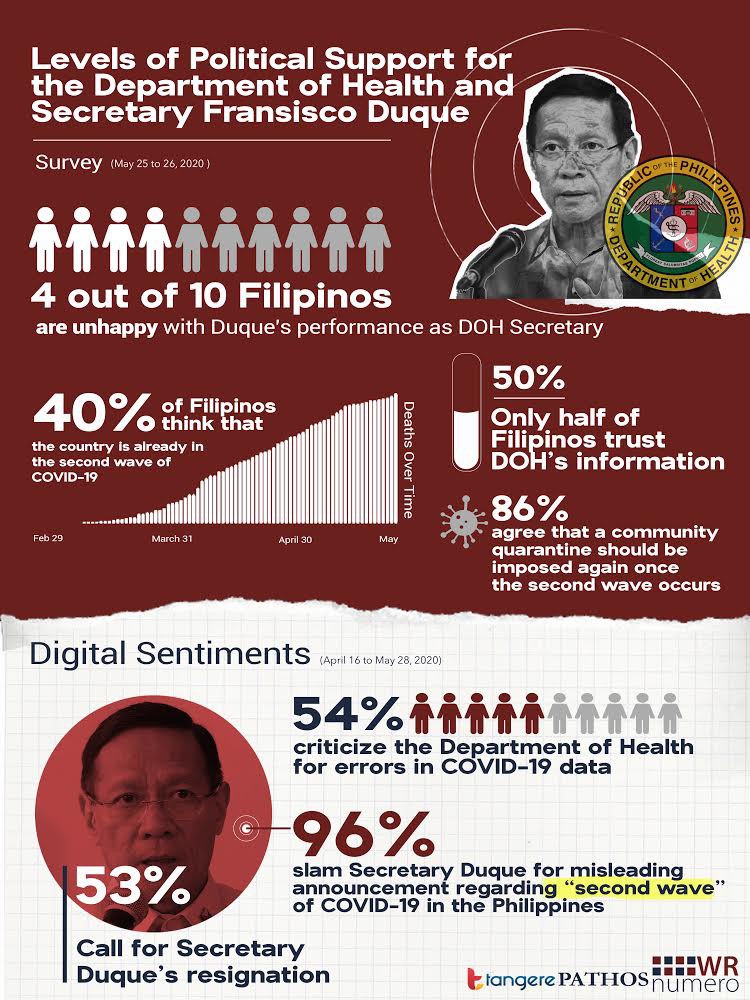 The Department of Health (DOH)- headed by Secretary Francisco Duque- has been leading the country’s response to the coronavirus pandemic. Their efforts have received a varied response from  the public.

The survey revealed that only 2 out of 10 respondents were satisfied with Mr. Duque’s performance as DOH Secretary. A third of the respondents were unsure about Secretary Duque and DOH. However, more than half trusted the information released by the DOH.

In this report, WR Numero analyzes public sentiment toward the performance of the DOH and Secretary Duque. Key topics include Secretary Duque’s performance, the reliability of the DOH‘s data, and the alleged “second wave” of COVID-19 infections in the country.

WR Numero used the convenience survey method with 5,559 respondents nationwide within the period of May 25 to 26, 2020. WR Numero also used the data mining method of political sentiments for 94,741 Facebook digital engagements between April 16 and May 28, 2020.

The digital landscape was more critical of the DOH and Secretary Duque. More than half of the online sentiments were negative towards both. Notably, there were calls for Secretary Duque’s resignation and doubts in the DOH’s data.