EDC, BU works together to save the country’s native tree species

Home /Region/Luzon/EDC, BU works together to save the country’s native tree species 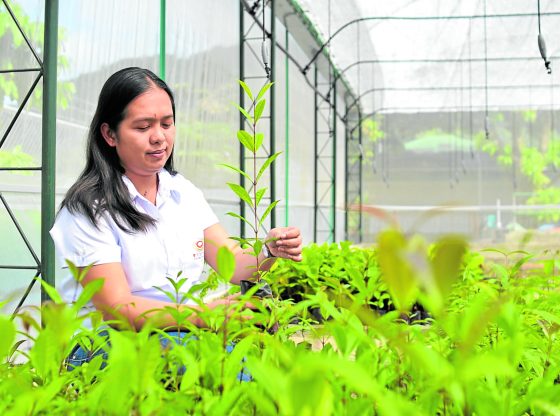 Legazpi City ––In an effort to save the Philippines premium native tree species, the Energy Development Corporation (EDC) and the Bicol University planted 100 seedlings comprising 32 premium tree species currently on the brink of extinction.

The EDC and BU, the region’s premier state higher education institution established the botanical garden for trees under the BINHI program, aims to grow “mother trees” of native Philippine tree species that are on the brink of extinction.

Jimenez said that EDC and BU inked an accord a year ago to commence this project that aims to grow “mother trees” of native Philippine tree species that are on the brink of extinction. This project is the fruit of EDC’s 12 years of search-and-rescue initiatives under its forest restoration program, BINHI.

It is part of EDC’s environmental advocacy that focuses on propagating native trees that suit our climate since it is much more typhoon-resilient than the exotic tree species. Those selected varieties are uniquely found in the Bicol region.

“A total of 100 seedlings comprising 32 premium tree species were planted in this haven of native tree species to commemorate the university’s over five decades of academic excellence,” he said.

EDC’s BINHI team considers schools as ideal planting areas that serve as a living laboratory where the native species are protected and made accessible for students, teachers, researchers, and environmental enthusiasts, the EDC official said.

“EDC has been planting trees since we started operating in 1976. As we and the rest of the Lopez group take on the challenge of forging collaborative pathways for a decarbonized and regenerative future, it is my fervent hope that even more will join us in striving toward a greener world and adopting a regenerative mindset,” Jimenez said.

To date, there are more than six million seedlings planted under the BINHI program across the country, and Bicol University Arboretum is the 22nd BINHI arboretum established to help enhance biodiversity for years to come.

The initiative will also help out to lessen the carbon footprint in the atmosphere.

Jocelyn Serrano, dean of Bicol University College of Science hopes that the quest to sustain a green environment in the campus, will be able to nourish.

“This pandemic did not stop us from collaborating while maintaining social distancing and other safety protocols. I hope that Bicol University, in our active quest to sustain a good and green environment in the campus, will be able to nurture this arboretum,” she said.

To expand the EDC’s BINHI arboretum project, the firm also teamed up with DENR Bicol and the Provincial Government of Albay in planting threatened native trees inside the Albay Park and Wildlife Center during the Philippine Environment Month celebration last June.

EDC generates over 40 percent of the Philippines’ renewable energy output and serves about 10 percent of the country’s overall electricity demand with its installed capacity of over 1,500MW.

The EDC, First Gen Corporation’s 100 percect RE subsidiary, has over 1,480MW total installed capacity that accounts for 20 percent of the country’s total installed RE capacity.

Its 1,181MW geothermal portfolio, which includes its 140MW Bacon-Manito geothermal facility, accounts for 62 percent of the country’s total installed geothermal capacity and has put the Philippines on the map as the 3rd largest geothermal producer in the world.

Bicol region is a producer and home of clean and renewable power sources.