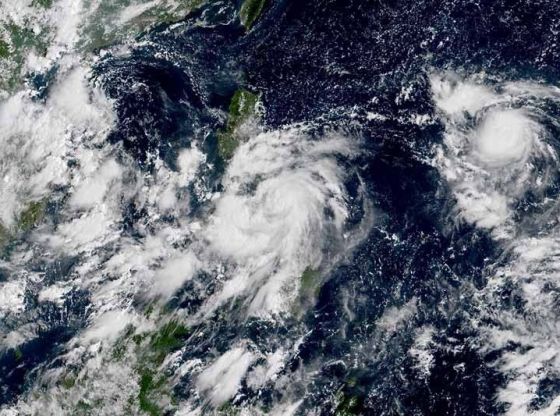 The lifeless body was identified as Nissan Banquisio Sinilong, 28, alias “Amang,” a mute and deaf laborer and a resident of Sitio Dungguan Barangay Matagangtang, Placer, Masbate.

Sinilong’s body was found at the riverside of Matagangtang River at around 7:30 AM on Wednesday (September a day after the occurrence of Jolina).

Sinilong fell on the river and drowned due to high water level brought by torrential rainfall pounded by typhoon Jolina. The cadaver of the victim was brought to Rural health unit (RHU) in Placer town for post mortem examination.

Another fatality was identified as Ariel Dela Cruz, 38, a fisherman from the municipality of Cawayan. Senior Master Sergeant Richard Dumalag, investigator of Cawayan police, said Dela Cruz, 38, drowned after big waves hammered the fishing boat, they’re riding some 100 meters away from the shoreline of Barangay Naro.

Dela Cruz went into fishing along with Mark Ylanan when the motorboat they’re riding capsized due to bad weather disturbance.

While Dela Cruz ‘companion, Mark Ylanan, 31, was able to swim back to the shore for safety and survived the raging seas during the onslaught of Tropical Storm “Jolina” in the coastal village of Cawayan town in Masbate province, the police said in a report.

The local authorities immediately conducted a search operation and found the lifeless body of Dela Cruz at the shoreline around 5 p.m. “Jolina” had made landfall over Dimasalang town at around 10 a.m., some 35 km away from Cawayan town.

The OCD also reported that there are 888 damaged houses in Masbate wherein 190 totally damaged and 698 partially damaged.

Jolina triggered storm surges and heavy flooding due to torrential rainfall as it passed through Bicol region specifically in the island province of Masbate on Tuesday.

The 2,379 families or an equivalent of 10,649 persons in Albay and Masbate fled their houses for safety a few hours before Jolina’s landfall yesterday.

The Office of Civil Defense reported that all evacuees in Albay, Camarines Sur and Sorsogon have already decamped except in Masbate.

The Philippine Coast Guard in Bicol lifted the sailing policy and allowed the resumption of sea trips at 11 a.m. on September 8, 2021 in the seaports of Matnog, Bulan, Castilla and Pilar.

In Albay, governor Al Francis Bichara lifted the no sailing policy after the PAGASA weather bulletin No. 16 on Severe Tropical Storm Jolina issued at 8:00 AM on September 8, 2021 removing any TCWS in Albay.

“The Albay PDRRMC hereby orders the lifting of no sailing of all fishing vessels and small to medium sea crafts effective immediately,” Bichara said.

Similarly, all Classes and work in the government and private sector including malls allowed the resumption of its normal operations.

“For evacuation, localized decampment would still be spearheaded and implemented by LGUs subject to their local risk assessment and discretion of C/MDRRMC Chairman,” the governor said.