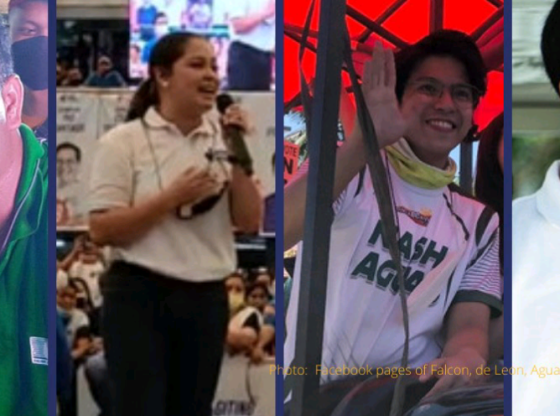 Several celebrities and athletes who ran for national and local public office in the recent 2022 elections last May 9, were able to secure seats, whether as political newcomers or re-electionists.

With more than 26 million votes, action star Robin Padilla emerged as the leading candidate in the senatorial race, according to an unofficial, partial tally. He was running for Senate for the first time.

Arjo Atayde, an actor, is poised to win the 1st Congressional District of Quezon City after receiving 111,742 votes, or 66.85 percent of the total votes cast. His main opponent, incumbent congressman Onyx Crisologo, received 31.44 percent of the vote, or 52,554 votes.

On Wednesday, Ejay Falcon, the winner of Pinoy Big Brother: Teen Edition Plus, was sworn in as the vice governor of Oriental Mindoro. Falcon received 226, 875 votes, or 54.99 percent of the total votes.

Nash Aguas, the former child actor, and mainstay of the TV show Goin Bulilit is set to make his political debut as a Cavite City councilor. With 29,600 votes, the 23-year-old celebrity is currently ranked second on the councilor list.

Actor Javi Benitez was declared the winner of the mayoral election in Victorias City, Negross Occidental, on Tuesday after gathering 36,263 votes, or 73.23 percent of the total votes.

Former PBA player Dodot Jaworski, the son of basketball legend Robert Jaworski has won the bid for vice-mayor of Pasig City; while another PBA player, James Yap has been elected as a councilor of San Juan City’s first district.