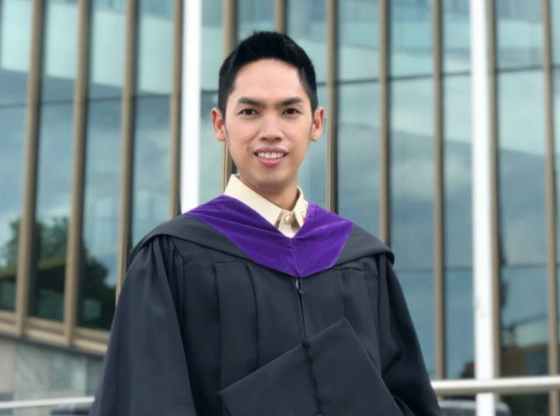 Legazpi City—Consul General Elmer G. Cato of the Philippine Consulate General in New York asked the police authorities in Philadelphia to bring the culprit against the killing of Filipino lawyer John Albert Laylo, 35, to justice.

“We are in touch with police authorities and have underscored the importance of our request for them to bring the perpetrator of this incident to justice,” Cato said in a statement.

Laylo was shot in the back of the head and his mother while heading to the airport to catch the flight to Chicago early Saturday when the perpetrator in a black car fired several rounds into their Uber at a red light near the University of Pennsylvania, the report said.

He was taken to a Penn Presbyterian in Philadelphia hospital where he was pronounced dead on Sunday.

Cato said that John remains on life support at the Penn Presbyterian Medical Center where he was taken after the incident that took place in University City at past 4 a.m.

“We arrived at Penn Presbyterian in Philadelphia more than an hour late. By then, John Albert Laylo had already been pronounced dead. He passed away at 10:33 a.m. on Sunday,” Cato said.

Cato said he guaranteed Laylo’s mother that the Philippine government will help in bringing Lawyer Jal’s body back home.

“After consoling his mother, Leah, I went up to the ICU to see Attorney Jal. I said a prayer for him and assured him that we will do everything we can to bring him home as soon as possible,” he said.

“We join our kababayan in mourning the loss of this young man. Let us pray for the eternal repose of his soul. Let us continue to pray for our kababayan, Atty. John Albert Laylo and his mother Leah, who are victims of a random shooting incident in Philadelphia,” he added.

The mother and son, who were visiting from the Philippines, were on their way to the airport to catch a flight to Chicago when the shooting happened, he said.

John was struck in the head by one of at least six rounds that were fired at the vehicle he and his mother were riding in. His mother sustained minor wounds from pieces of broken glass, the consul general said.

“We went to see them this morning to assure them that the Department of Foreign Affairs, the Philippine Consulate General in New York, and leaders of the Filipino Community are there to support them in this difficult time,” Cato said. (Raydes B. Barcia)