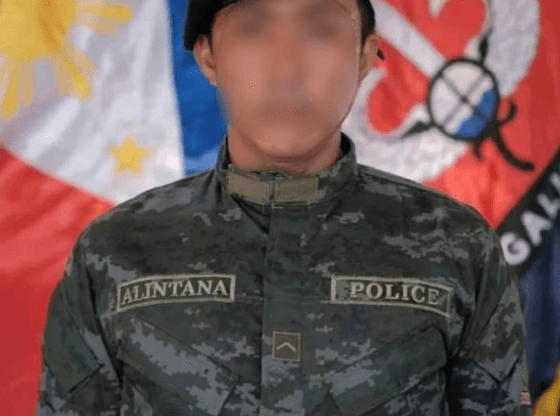 A member of the Philippine National Police-Special Action Force (PNP-SAF) died after accidentally shooting himself while inside his bunkhouse at the compound of the Police Regional Office (PRO) 12 Headquarters at Barangay Tambler, General Santos City, at 3:36 PM yesterday, August 3.

The victim was identified as Police Corporal (PCpl.) John Paul Dayang Alintana, aged 29, a PNP-SAF member based in PRO-12, and a resident of Purok 3A, Barangay Tinaungan, Pres. Quirino, Sultan, Kudarat.

As per the preliminary investigation of the General Santos City Police Office (GSCPO), while Alintana was cleaning his service weapon, a 9mm Taurus pistol with serial number TMR07483, he unintentionally pulled the trigger, shooting a bullet into his face.

When his companions went to investigate their barracks after hearing a gunshot, they discovered the victim bathing in his own blood.

He was rushed to the Gensan Medical Center but was declared dead on arrival by the attending physician.

Recovered from the scene was his service firearm, a magazine loaded with 14 live bullets, and one fired cartridge.

A thorough investigation into the incident has already been ordered by PRO-12 Director Police Brigadier General (PBGen) Alexander Tagum.

The victim’s remains will go through a paraffin test while the recovered evidence will be subjected to a ballistic examination at the Crime Laboratory Office 12.