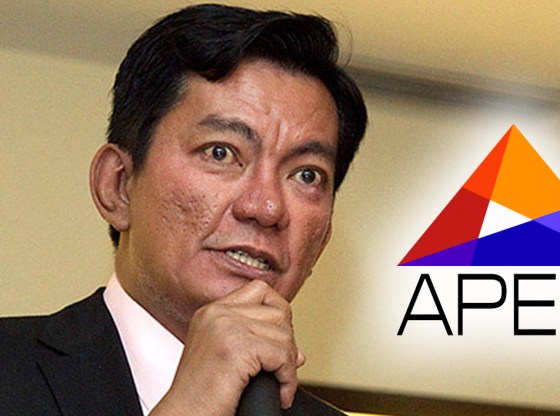 Four months ago, Albay lawmaker Joey Salceda (2nd District) asked the Malacanang to intervene and direct the Department of Energy to issue a negotiated emergency power supply agreement (EPSA) to allow the Albay Power Energy Corporation (APEC) to buy lower power supply to address the pressing issues on skyrocketing power rate in the province despite of producing clean and renewable energy.

Albay is the source of clean and renewable energy that supplies electricity in Luzon through Luzon grid, this month electricity rate lowered by 1.55/kWh.

The Albay Power Energy Corporation (APEC) lowered the electricity rate by 1.55/kWh which will take effect this month billing among the power consumers.

According to APEC management the decrease of power rate is due to lower generation and transmission charges.

The P1.55/kWh electricity rate decrease this September 2021 billing, reduction in the electricity rate eases the burden of the 207,597 Albay power consumers. The decrease amounts to P1.2038 pesos on the generation charge alone and transmission charge is amounting to P0.1132 centavos.

The effective decrease to residential customers is P1.5589 per kWh or around P311.78 for typical residential and low voltage consumers consuming 200 kWh/month and P1.4457/kHw for the high voltage accounts.

This is mainly because of the lower power generation rate of WESM and SMEC, according to APEC.

According to the APEC statement, the ultimate solution to control the volatile generation rates is the long-term Power Supply Agreement (PSA) through Competitive Selection Process (CSP).

“That’s why APEC together with its customer, would like to reaffirm our appeal to Albay Electric Cooperative (ALECO) board of director, National Electrification Administration (NEA) and Department of Energy (DOE) to expedite the approval of Terms of Reference (TOR) of the CSP which is already endorsed by the Third Party Bid and Awards Committee (TPBAC),” the statement said.

“However, the system loss increased from 26 percent to 28 percent because of the rampant illegal reconnection of disconnected delinquent consumers. Thus, we are urging our consumers to report such illegal acts in order to reduce the losses. We are also encouraging the consumers to pay your electricity bills on time,” the APEC management added.

Last June this year, Salceda asked the Malacanang through Senator Christopher Lawrence “Bong” Go and the Department of Energy the issuance of the temporary EPSA that would allow APEC to look for other power suppliers to provide electricity to APEC at a lower price than the Wholesale Electricity Spot Market (WESM) with spiking charges.

Salceda’s move came after the Albay power firm imposed a higher power rate among the power consumers in the middle of pandemic aggravating poverty and economic downturn.

The lawmaker said that granting of COE by the DOE to APEC for six months would allow the power firm to search for other power suppliers to participate in the bidding for the 40 MW power supply requirements of APEC.

To prevent the alarming power hikes in Albay due to the province’s overexposure to the spot market, whose power prices spiked in the first to third quarter of this year due to thin supply and sharp demand of electricity, Salceda asked the Malacanang and DOE Secretary Alfonso Cusi to intervene the pressing concerns of the Albayanos over unprecedented power rate increase.

Salceda said that the certificate of exemption from CSP to APEC for six months would enable them to engage in Emergency Power Supply Agreement (EPSA) and buy 100 percent from other suppliers at P6.70 instead of P13.47 at the wholesale electricity spot market (WESM).

Salceda said APEC is overexposed to the spot market, whose intent is really to fill up supply deficits, not be the main source.

“We need to fix the power supply contracts of APEC. On my end, I will try to make sure that there are no policy impediments to the more long-term solution we come up with. For now, we thank the Palace, Senator Go, and Secretary Cusi for helping us out in this crucial time,” Salceda earlier said.

While Rep. Alfredo Garbin who is pushing for legislative inquiry against APEC and said that even though the power bill decreased this month it will spike again if the Competitive Selection Process (CSP) will not be pushed through.

Last month, Garbin’s electricity bill dated August 24, reached P13,341.83 against the current power bill P8,665.05. But he said that even though the electricity bill has been lowered, it will spike again.

Garbin is pushing for Competitive Selection Process (CSP) to ensure the lower power rate for a long time that would pass through a bidding process and not the COE.

“It’s good that they are sourcing cheaper sources of power in other power generator companies and in the market and not concentrating on the supply of their affiliates which violates Epira law,” Garbin said. (By: Raneza Sabina Barcebal)