VECO implements 30-centavo per kwh reduction of its power rate 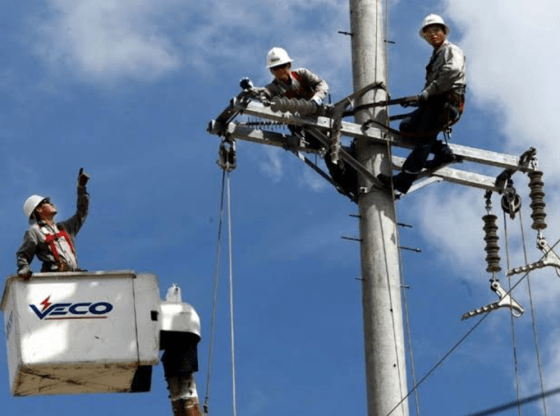 The country’s second largest power distributor is implementing a 30-centavo reduction per kilowatt hour of its power rate for the June-July billing cycle.

“The price of fuel in the world market has really affected power generators, and our electricity rates, as well. It’s a good thing that for the billing month of June – July, our average rate for residential customers had dropped by 30 centavos,” said Engr. Raul Lucero, Visayan Electric President and Chief Operating Officer in a statement released by the company.

Lucero said that for the month of May, there was a slight decrease in the prices of fuel, which resulted to a slight drop in generation rates and electricity rates.

VECO explained that the average rate for residential customers has dropped to P13.70 per kwh from the P14 per kwh last month.

This translates to an estimated P60 decrease in the bill of an average household with a 200 kwh consumption per month.

Lucero, however, said that Visayan Electric is taking steps to contract more affordable power supply by applying for an emergency power purchase.

To help its customers, the electric utility said that it continues to offer payment arrangements where customers can pay for their bills in installments.

Lucero added that while the are doing their best to get reasonably-priced power from power generators, they also reminded their customers that being mindful of their electricity consumption can really help them manage their electricity bills now that high fuel prices are beyond our control.-(April Therese Tan)