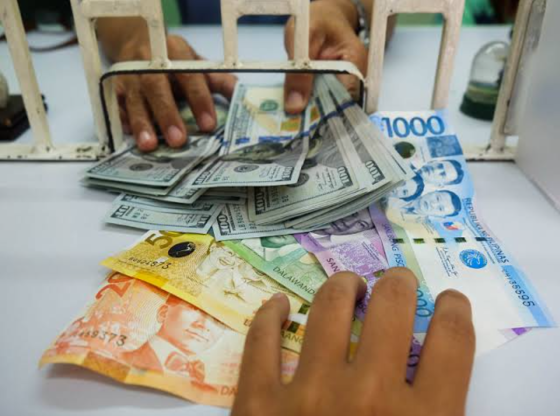 The Philippine peso fell to P54 per US dollar on Monday and is considered the peso’s lowest level since Oct. 15, 2018, when it closed at P54.08 per dollar.

As of Monday, the Philippine peso finished trading at P54.065 against the US dollar, down from its previous close of P53.75. Its worst performance of the day was P54.105.

This drop challenges and puts pressure on the Bangko Sentral ng Pilipinas to be more persistent in raising interest rates in order to stop the currency’s decline in value.

According to Domini Velasquez, chief economist at China Banking Corporation, the peso may deteriorate further in the coming months as increased imports to meet recovering demand drive dollar outflows.

“Seasonally, the peso is even expected to weaken further in the third quarter as businesses import more in preparation for the holiday/Christmas season. On the part of the US dollar, the Fed’s (Federal Reserve) aggressive recent rate hikes continue to strengthen its currency,” Velasquez said.

She said that a combination of these factors, as well as markets’ expectation that interest rate differentials between the Fed funds rate and the BSP’s policy rate will continue to limit.”

According to a report in the Philippine Star, a weak currency could raise import costs for the Philippines, which is already dealing with high oil prices due to the Russia-Ukraine conflict.

Meanwhile, whether a person is a remittance sender or receiver, the US Dollar to Peso exchange rate is important to them every time they send or receive a remittance to their families.