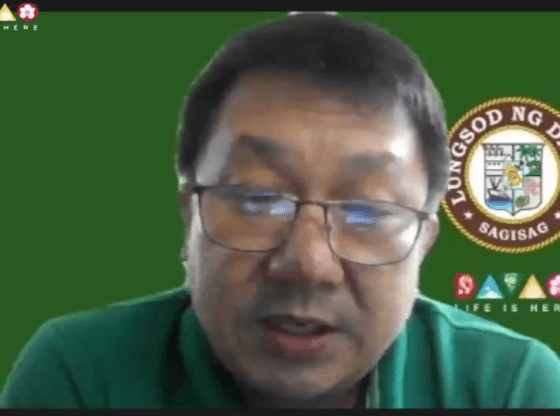 By Jim Lloyd Dongiapon
––
The Davao City Health Office (CHO) declared a diarrhea outbreak in Toril District after logging nearly 50 cases of acute gastroenteritis in 12 of its barangays.

He added that among the recorded cases, the youngest patient is six months old, while the oldest is 40 years old.

He also said that there were also no reported deaths due to diarrhea as of July 18.

Meanwhile, they are still investigating the cause of the outbreak in the area, and are now cooperating with the local water concessionaire, Davao City Water District (DCWD), to address the issue.

As one of their precautionary measures, the office temporarily halted the selling of street food in the area. Street food vendors will also be undergoing a seminar and orientation on proper food handling to avoid the spread of diarrhea.

Lopez said that they are looking into the possibility that street foods, particularly tapioca, may have caused the outbreak besides contaminated water.

Last Friday, July 15, residents of Toril District reported that they had experienced loose bowel movement (LBM) after drinking water straight from the faucet.

DCWD on Sunday, July 17, issued a statement that their water is safe to drink after receiving reports of an unusually high number of LBM cases in Matina and Toril.

“DCWD immediately double-checked all of its water sources in the affected areas. DCWD reports that all chlorination facilities are working 100% with chlorine residuals within the normal limits (0.8 ppm). This residual is enough to inactivate bacteria causing waterborne diseases such as diarrhea,” DCWD said.

As an added precaution, DCWD recommends that consumers boil tap water before drinking it.

On the other hand, the City Government of Davao advised Davaoeños that aside from boiling the water, they may also use purified or bottled water for consumption. The LGU also reminded everyone to frequently wash their hands with soap and water to avoid infection.