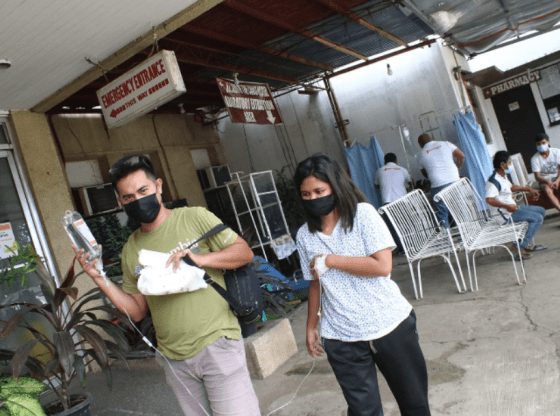 By Jim Lloyd Dongiapon
––
A 23-year-old healthcare worker and a swabber working for the Davao City Health Office (CHO) is the latest casualty in the ongoing diarrhea outbreak in Toril District, CHO Head Dr. Ashley Lopez confirmed today, July 25, in an interview with the city-owned radio station.

According to Lopez, the victim consumed tapioca bought from a street food stall at Rasay Street in Toril on July 15 prior to experiencing diarrhea symptoms.

He was admitted at Viacrusis Medical Hospital in Barangay Binugao, and was discharged three days later. However, he suffered a relapse and was brought to another private hospital where he would be confined for six days until his death due to severe dehydration.

The current outbreak has now claimed four lives. Last week, the CHO recorded the deaths of a 67-year-old woman, confined at Viacrusis Medical Hospital, on July 19, and a 32-year-old male teacher, admitted at the Intensive Care Unit (ICU) of Southern Philippines Medical Center, (SPMC) on July 21, both due to severe dehydration.

Meanwhile, the number of confirmed diarrhea cases has risen to 261, with active cases at 183 as of July 25. 26 patients are undergoing verification.

On the other hand, Lopez bared that their office has closed down two ice plants in Toril for violating the sanitation code.

In addition, samples taken from the ice they produce yielded positive for bacteria.

These ice plants, which Lopez did not name, supply ice cubes used by Toril street food vendors for refreshments they sell.