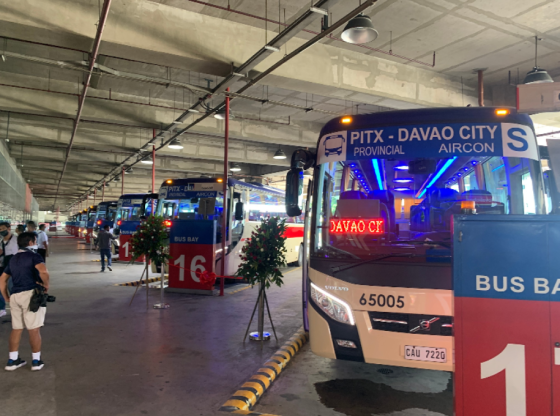 Following the launch of the Manila-Davao route at the Parañaque Integrated Terminal Exchange (PITX) yesterday, June 15, the return trip to Manila from the Davao City Overland Transport Terminal (DCOTT) will be operational on Monday next week, June 20.

The maiden trip from PITX to Davao City took off at 2:00 PM yesterday, June 15. The entire 1,500-kilometer journey will take three days and two nights.

It is expected to arrive in Davao by Saturday, June 18.

The regular price of the one way bus ticket costs ₱3,680, inclusive of two roll-on roll-off (RoRo) fees at Matnog and Surigao Ports.

Davao Metro Shuttle, the operator of the bus route, offered a 50 percent discount for passengers who boarded yesterday for their maiden trip.

In the meantime, passengers may book their trips at Ticket Booth 3, Counter 8, PITX Second Floor, or may call them via their hotline at 09391351349.